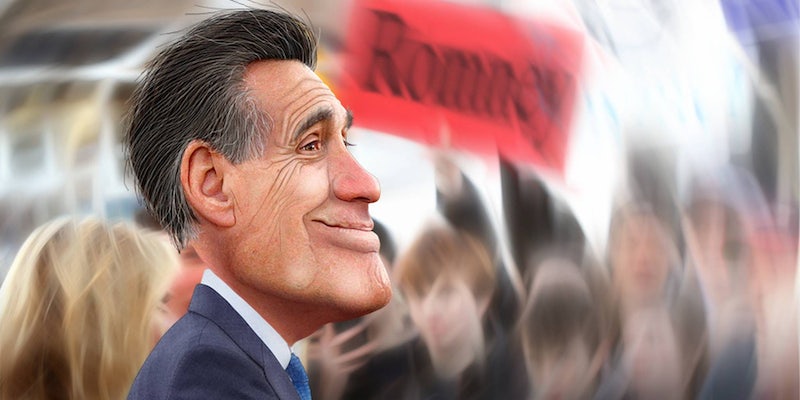 Mitt Romney's gaffe spawned an online community devoted to promoting a liberal worldview the former governnor would find most disagreeable.

Political gaffes happen so often we know their life cycle by heart. We laugh; cable news overreacts. We grow tired of the joke, and everything settles back to normal. Based on this pattern, no one would have thought one memorable slip-up from last year’s presidential election would leave a lasting, thriving community in its wake.

You probably remember when Romney botched a question about pay equity for women during the second presidential debate, held at Hofstra University on Oct. 16, 2012.

“They brought us whole binders full of women,” Romney said (emphasis his), referring to women qualified to fill his cabinet in Massachusetts.

He kept talking, unaware that his single awkward word-mangling had lit a fire under the creative energies of the Internet. The flub had come amidst a months-long attack on women’s reproductive from the right wing that became known as a “war on women,” typified most memorably by Senator Todd Akin’s infamous comments about “legitimate rape” in August.

Social media exploded. At its height, the gaffe appeared in 40,000 tweets per minute. But while Twitter was chattering about the flub, the Internet’s remix culture had already swung into full gear. Independent Facebook and Tumblr pages began collecting any image they could that made fun of the gaffe. Most of them involved women who’d photographed themselves literally shut inside cardboard binders—a rather direct jab at the nonchalant way Romney both objectified and condescended to them in one fell gaffe.

Within minutes of Romney’s mistake, Veronica de Souza, a then-unemployed 23-year-old New Yorker, had set up the Tumblr page. She’d intended to share the memes with friends, but soon thousands of strangers from around the world were inundating her with new submissions, partisan attacks, and even suspicions she was working for Barack Obama’s campaign 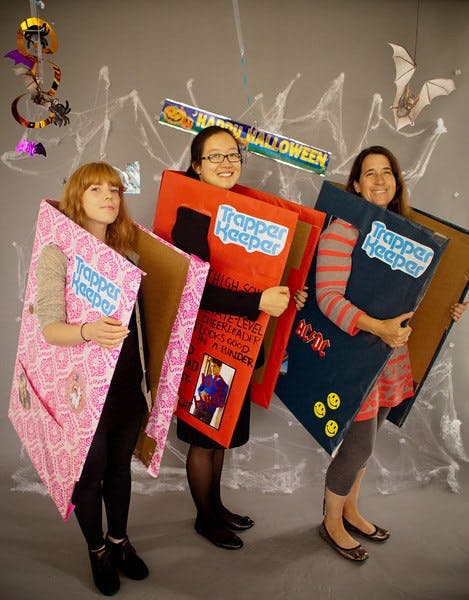 Photo via Binders Full of Women/Tumblr

“It was like half of these people were laughing with me and the other half were telling me to get a job,” de Souza said. (That’s exactly what she was doing, though she didn’t know it at the time: Her Binders Full of Women exposure helped de Souza land a high-profile job as Digg’s social media editor.)

Once Obama defeated Romney in the election, submissions to the Tumblr page slowed to a crawl and followers trickled away. In a Seinfeldian move, de Souza ended the page while it was still at its best.

“This was inspired by Texts From Hillary,” she said, referring to the viral blog based off a candid photo of Secretary of State Hillary Clinton aboard a military aircraft. That meme started, blew up, and ended within the course of a week. “I thought it was awesome that they were able to just end the joke before it got unfunny. That’s what I tried to do.”

On Facebook, something else was happening. The BFOW Facebook page, started by a Canadian named Michael, just kept growing and growing, eventually collecting more than 320,000 followers. Born in Leningrad during the Soviet Union era, Michael—who declined to reveal his full name—now lives in Toronto. He developed an interest in American politics because of his close proximity to the U.S.

Rather than abandon a politically charged community whose population dwarfed many cities, Michael mobilized them. His followers might tire of mocking political flubs—even one as bad as Romney’s—but they’d never get sick of politics. So Michael started posting straight news stories and watched what happened. Instead of drifting away, his community stayed behind, dissecting the news from a liberal (you could even say Canadian) angle. 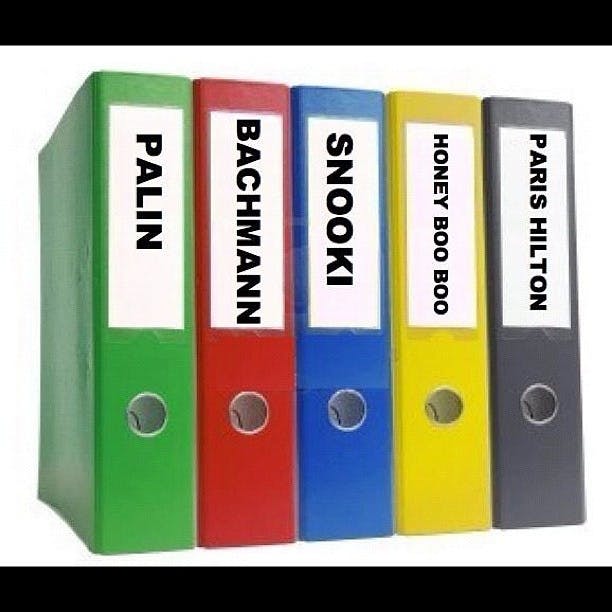 Photo via Binders Full of Women/Facebook

“Overall, I’m very happy with how this page has grown from a gaffe and a meme to a place for sociological discussions,” he said.

Michael’s posts on the page have touched on controversial topics like abortion rights, same-sex marriage, and current events like the George Zimmerman trial, and each one routinely receives hundreds of likes, shares, and comments. Essentially, Michael has turned Romney’s sexist gaffe into a powerful platform for promoting a very un-Romney political agenda.

“There are countless productive debates going on in the comments sections of the page,” Michael said. “Fans of this page are a great group of people.”

Michael—an amateur at this social media stuff—has been the page’s only administrator for most of its life, except for a brief span where his friend helped out.

“If I ever get to the point when I no longer have time to maintain it, I will pass on ownership to someone else,” he said, noting that a few regular commenters could easily take his place.

In other words, as long as Michael has his binder full of followers, Romney’s Binders Full of Women will never die.