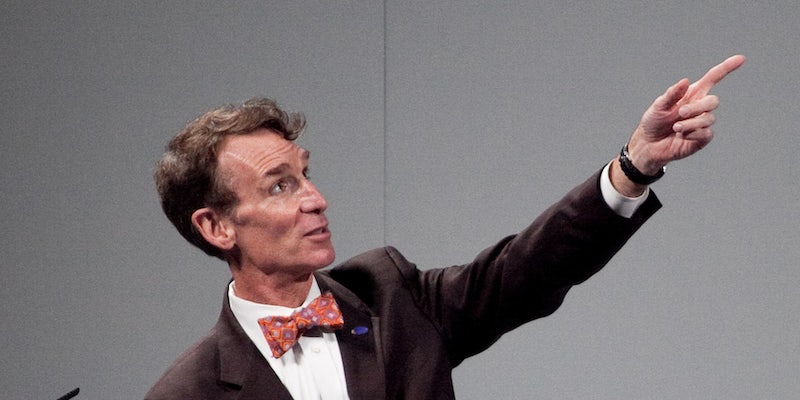 Neil deGrasse Tyson and Bill Nye aren’t just colleagues. When the high-profile science guys aren’t busy explaining the galaxy to Americans, they’re also incredibly close friends. But friendship means never hesitating to call out your buddy when he screws up on social media.

So when Tyson made some entry-level observations about meteors on Twitter, Nye just couldn’t let it go.

@neiltyson Meteors create streaks in skies. From the ground, meteors often look like they're leaving Earth. "Makes no sense" bit of an exag.

This isn’t the first time these intergalactic science guys have had beef. Nye has also slammed the door on deGrasse Tyson’s armchair philosophizing. Like the most filthy of windmill dunks, Nye takes an exclamation point moment and rides the lightning of the crowd.