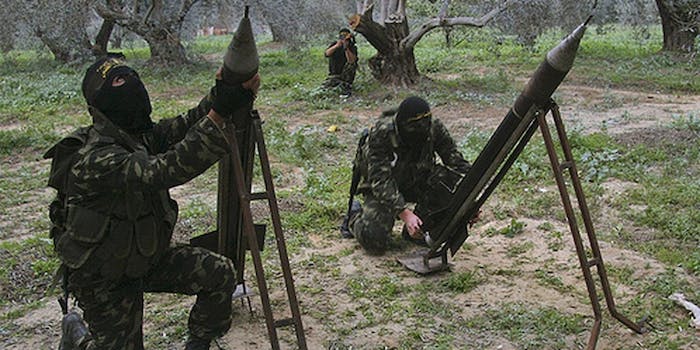 In these moments of great global peril, it’s nice to think that we can rely on our political commentators to frame complex, controversial issues with insight and aplomb. But we can’t.

Here, should you have been so fortunate to miss it, is the analogy that bad Twitterer and garbage human Bill Maher thought best summarized the deteriorating situation in the Middle East:

A disgusting line, to be sure, though hard to get a handle on: Is he satirizing the rigid neocon pro-Israel stance by comparing rocket fire to “justified” domestic abuse? You know what, pretend I never asked—because I’m sure many of the 2,300 people who retweeted this rubbish didn’t.