'No-one wants you here. You're only in a mood because Mo's gone.'

President Donald Trump was inaugurated Friday morning in Washington, D.C., and BBC ironically narrated the spectacle as a drama with the wrong subtitles.

Before Trump was sworn in as the 45th president of the United States, subtitles from a children’s TV show were added to the screen while the ceremony was underway. Kayleigh Smirk from Southampton, England, posted a video of the transcription on Twitter.

The tweet has gotten over 7,000 retweets since this morning, and people can’t think of a better way to add a little light to the inauguration.

Here is an up-close look at the subtitles: 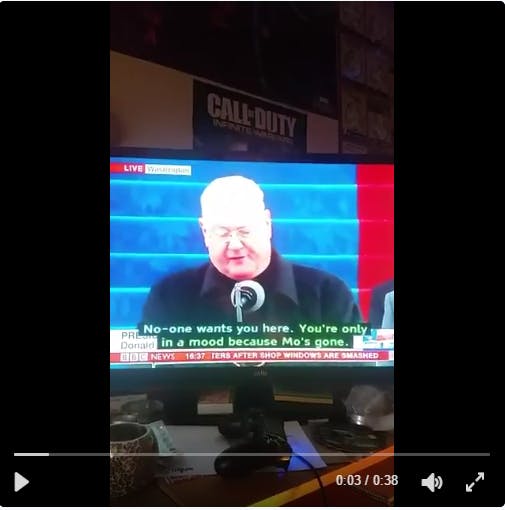 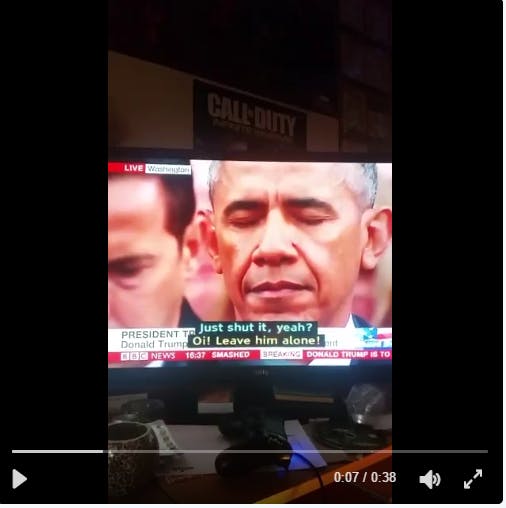 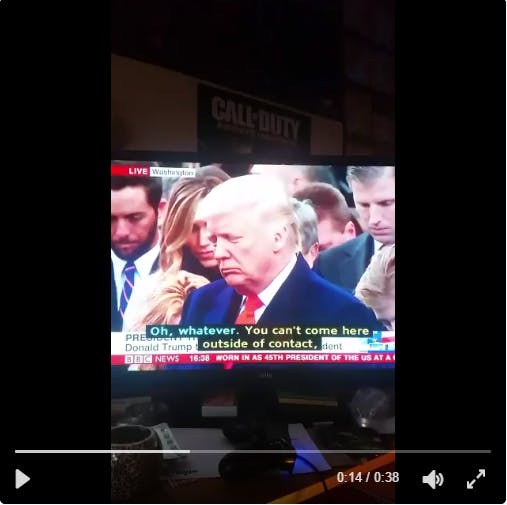 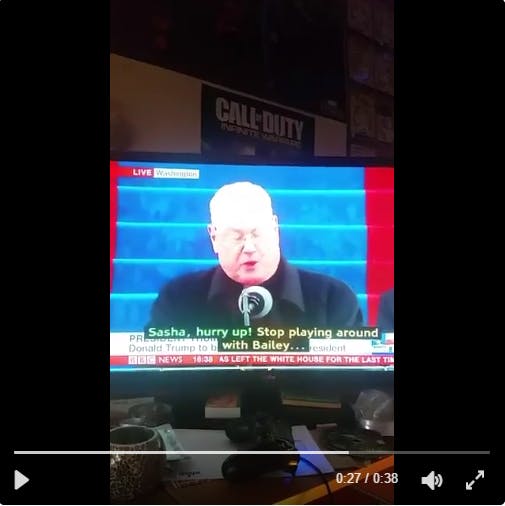 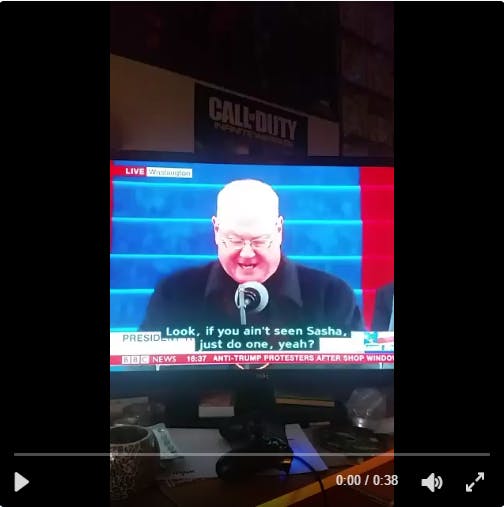 Smirk said she was “overwhelmed” with the response from her discovery.

“My first reaction was to do a double take, I was thinking ‘hang on a minute, who’s Sasha? Why is she telling Obama to leave?'” Smirk told the Daily Dot. “Then I twigged that the subs were from a totally different show.”

Smirk figured posting the video would add humor to the inauguration day, which is filled with mixed feelings of celebration and sadness.

The subtitles lasted for nearly 30 minutes, but Smirk had only caught 30 seconds of the hilarious error. As reported by BuzzFeed, the subtitles seem to be from a CBBC show The Dumping Ground.

The BBC did not immediately respond to a request for comment.