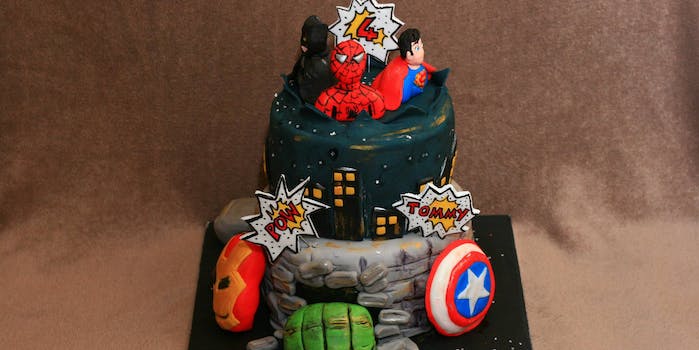 It’s no secret that Batman v Superman is a fascinating failure of the highest magnitude. The movie known for just how awful it is has apparently inspired one Kroger employee to be equally shitty.

According to the Detroit Free Press, whoever was tasked with baking a Batman v Superman-themed cake for a 7-year-old’s birthday party didn’t exactly deliver what the superhero-loving tyke’s mom wanted. The disgruntled parent responded by first joining the employee behind the counter, then allegedly drop-kicking and stomping on the sweet treat.

“They fucking ruined my 7-year-old’s birthday cake!” the woman reportedly yelled before kicking over a wet floor sign and causing an untold amount of additional carnage from hapless shoppers slipping and falling.

The Bloomfield Township, Michigan Kroger stated that it has no surveillance footage of the cake carnage, which is great news for aspiring shoplifters but not so wonderful for police officers trying to piece this incident together.

Whoever took out their smartphone and started filming like a champ is surely bound for WorldStar fame and we wish them well.