Supervillains don't use the litter box.

For all the hype around him, the arch-terrorist Bane from The Dark Knight Rises wasn’t all that intimidating—a fur-coated, mealy-mouthed, half-baked philosopher. You know what would have been really scary? If, instead of Tom Hardy, Bane had been played by a cat.

Laugh if you want to. But somehow, Bane’s creepiest lines elicit an otherworldly chill when spoken by an overweight cat in a ventilator mask. “I was wondering which would break first,” he wryly intones over shards of shattered dinnerware. “Your precious armory,” he says, having discovered the stash of cat toys atop the fridge. “Gratefully accepted.”

Honestly not convinced that Batman is equal to such a villain. Can we just hand over the keys to Gotham and try to get on with our lives? (Oh, and buy some T-shirts.) 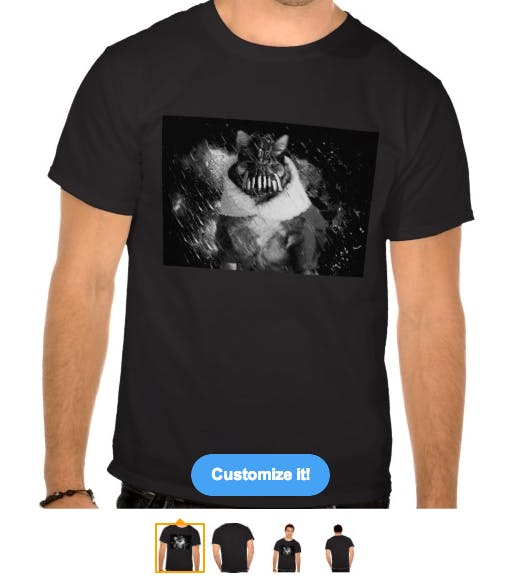