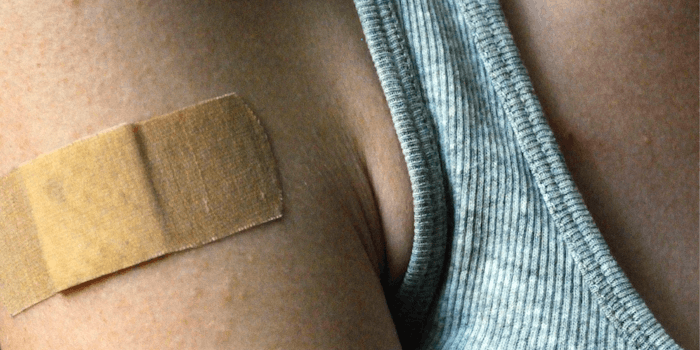 The things you like heal you, according to this meme.

A meme featuring someone putting a Band-Aid over a cut on their arm is making the rounds on social sites this week. The cut represents all the problems in your life, and the Band-Aid is the one thing or event that would make them better. It’s pretty optimistic in tone, especially given how dark memes have gotten, but many are understandably unhappy about the sight of blood on their timelines.

It’s not clear who first started the meme, but the stock photo is now all over Twitter, meme-dumping sites like me.me, and even Pinterest. Here are a couple of the “band-aids” that keep people going when their lives are difficult or full of problems:

The Band-Aid meme is especially popular among K-Pop stans, who are posting their favorite Korean groups as the solution to all their problems:

The only band-aid meme that really matters. pic.twitter.com/uyf1SsvZHw

SO give us THE album of century, i need it!! @KrisWu pic.twitter.com/2AOJ5EiZgk

Other kinds of pop music stans are doing it, too. This one is about the band The Neighbourhood:

Although the metaphor has been widely embraced on Twitter, many are not pleased that an open wound is a meme now. In context, the posts aren’t about self-harm, but seeing a cut on the arm naturally brings it to mind. And for some, the sight of blood itself is uncomfortable.

WOW Wish people would seriously stop sharing that fucking band aid meme. I dont wanna see no cut/wound real blood. Get it the fuck away from me its very triggering and makes me super uncomfortable and I'm 210% sure I'm not alone.

boy do i sure hate this cut+band aid meme thats been going around. gotta love seeing an open wound all over my timeline, it's great

In a clever twist, good posts guy Leon Chang (@leyawn), even made a safe version of the meme that removes the blood altogether:

At first glance, the Band-Aid meme is pretty useless. Why bother spilling blood on your timeline just to say you really like a person or thing? It’s a little deeper than that, though: the Band-Aid meme isn’t just about what you like. It’s a hyperbolic teenage declaration of the thing you can’t live without. Sure, you could take it further, and make the meme about depression or self-harm, but the wound in the meme isn’t explicitly self-inflicted—it just represents the cuts and stings life throws at us, which we wouldn’t be able to nobly suffer without the latest Star Wars film or the music of gorgeous Korean boy-bands.

Still, you don’t know how many of your followers are going to find this meme triggering or just plain icky. Perhaps it’s for the best to find other ways to express the same sentiment.