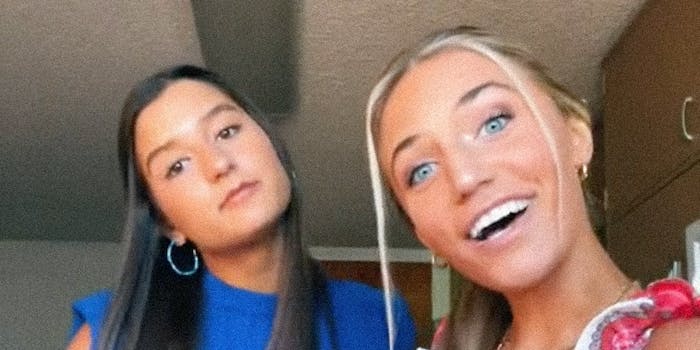 #BamaRushTok: Why TikTok is suddenly obsessed with Alabama sorority girls

This TikTok trend is exposing the obsessive beauty standards and implicit racism of Southern sorority life.

You can never predict where the next TikTok trend will come from, as proven by the current frenzied interest in sorority culture at the University of Alabama.

Nicknamed #BamaRushTok, this trend is dominated by young women competing to join the university’s many sororities during rush week. This event sees PNMs (potential new members) attend a busy schedule of themed events relating to Greek life. It’s a week-long combination of job interview and party crawl, and Alabama’s rush week is particularly intense, attracting morbid fascination from outsiders. “I thought Olympics Tokyo 2020 was serious,” commented one TikToker. “No! Bama 2021 puts them Olympic athletes to shame.”

The women of #BamaRushTok represent the ultimate stereotype of sorority life: Rich, skinny girls who are almost all Caucasian, and who adhere to an incredibly specific type of polished femininity. A typical TikTok will involve an OOTD (Outfit of the Day) update featuring preppy brands like Shein, Kendra Scott, and the Pants Store. Basically, this trend takes something that TikTok’s algorithm already loves to promote (bland, conventionally attractive white women) and exaggerates it to an absurd and hypnotic degree.

Alabama sorority TikTok is fascinating for the same reason as any other super-niche subculture. These women care about rush week in a way that’s fully incomprehensible to outsiders, dedicating a ton of time and money to presenting themselves as the perfect sorority girl. Also, the fact that this is based around a week-long event turned #BamaRushTok into a kind of live soap opera, with viewers rooting for certain women to get into the sorority of their dreams.

19-year-old TikToker @whatwouldjimmybuffettdo (aka Makayla) was a standout favorite, one of the few women of color who posted about her Rush Week experience. Her frequent updates followed the quintessential Alabama rush week experience of perkiness, socializing, and visible wealth, racking up 100,000 followers. But viewers were shocked to learn this weekend that she’d been dropped by every sorority on campus.

Makayla was supposedly dropped due to a video showing her drinking underage, which she characterized as an unfair judgment during an update on Sunday. But while sororities do have strict behavioral guidelines including a ban on underage drinking, many commenters saw Makayla’s rejection as evidence of racism in the Greek system, with women of color being held to a higher standard than their white counterparts. Alabama sororities and fraternities were only desegregated in 2013.

TikToker Marissa Lee was one of the first Black women to lead a Bama sorority, with firsthand experience of racism during rush week. She shared a thoughtful update pointing out that plenty of white PNMs are “party girls,” but are still accepted into sororities on the assumption that they will mature and grow. Meanwhile, Makayla, a biracial woman, was rejected out of hand. “We have to apply the rules the same to everybody,” said Lee.

While #BamaRushTok has a serious side, most commentators are enjoying the spectacle of the thing, expressing astonishment at the exhausting level of effort these women put into rush week. For instance, this satirical TikTok depicts rush week like the final high-stress days leading up to an election:

Rush week is now officially over, making it the perfect kind of flash-in-the-pan topic for TikTok’s fast-paced environment. And despite losing out on her original plan to join a sorority, Makayla—with her 100,000 new followers—is clearly the breakout star of the trend.