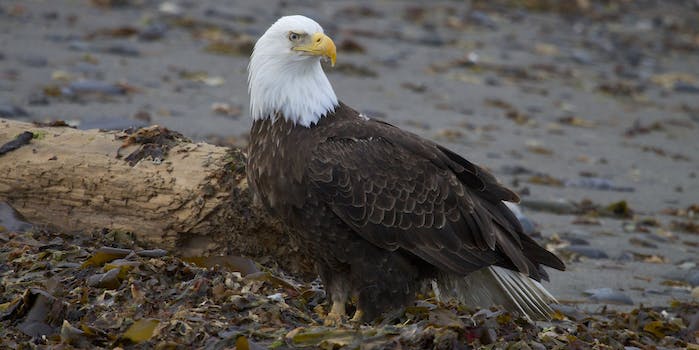 Ah yes, the Fourth of July. Our sweet country’s Independence Day—and we’re not talking about the hostile alien takeover movies. And there’s no better metaphor for how Americans feel regarding 2016 than a bald eagle immediately peacing out from the baseball game it was supposed to grace with its patriotic flair.

The Dodgers were playing on the holiday, and the game started off with the eagle flying through the stadium. Because, you know, symbolism or whatever. But then it just skadoodled on past its handler.

People in the stands were able to catch the moment on video, as well as the crowd’s giggling when they realized what happened.

The bird didn’t get too far, though. Looks like it got some cold talons about totally ghosting, so it just parked itself over at a van, waiting for its human to come get it.

Happily, our bald eagles are fine + safely back at the Zoo. Although he missed his mark, Chinook waited by the van for his trainer