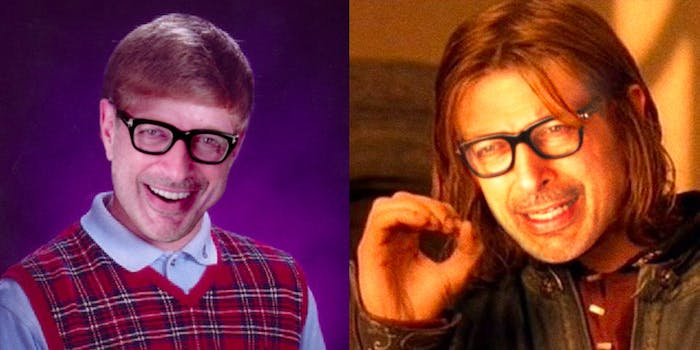 The worst way to bring back Condescending Wonka.

Many will remember that Goldblum was in some of the biggest films of ’90s, including the original Independence Day. He’s reprising his role as geek-hero David Levinson in the upcoming Independence Day: Resurgence, which should be as good as any sequel can be in today’s crowded movie ecosystem of franchise continuations.

And whether you’re totally stoked or dreading the killer aliens’ comeback, you can appreciate the fact that the movie is trying to generate buzz through a website called Meme Resurgence. Using the most popular macro memes from a couple of years ago, they’ve Goldblum-ified everyone from Condescending Wonka to Unimpressed McKayla. 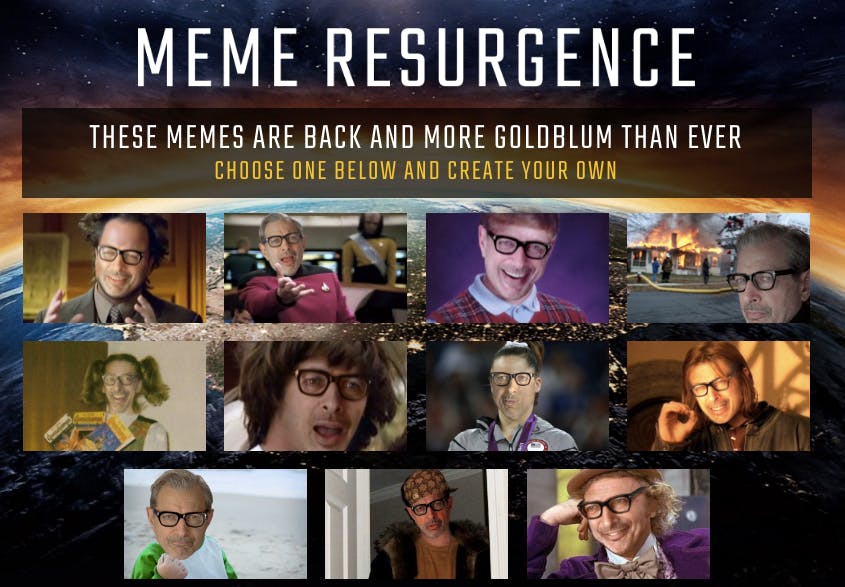 Is there anything more terrifying or uncomfortable than Goldblum’s eyes gazing at you from atop the body of a teenage girl holding up a bunch of Goosebumps books? This shit is wackier than the special effects on the Independence Day extraterrestrials. But once you just accept Goldblum as the face of the meme resurgence, you can have some fun with it.

The generator lets you select which meme you’d like to try to resurrect and type in the macro font. There’s some context on the ethos of each of these memes when you first go in to edit the text, but you’re able to type in whatever you want. So normies are of course going to fuck up these memes with captions that miss the true meaning.

We’ve already gone ahead and done that for your viewing pleasure/horror. 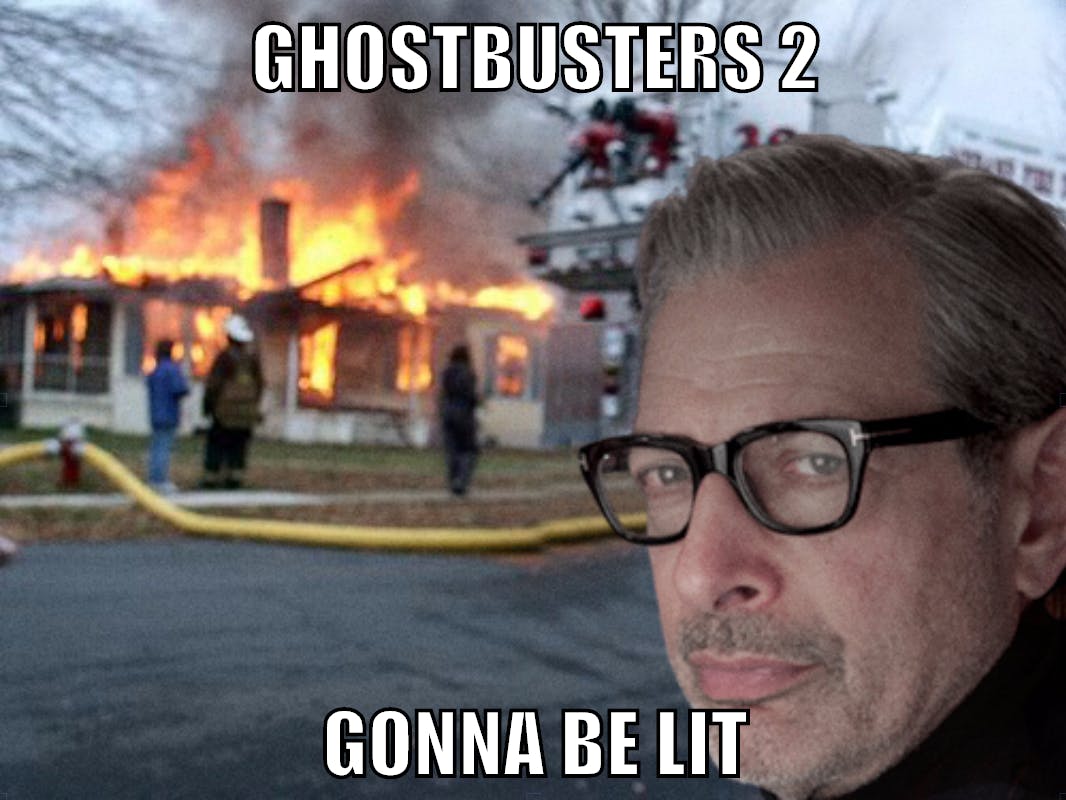 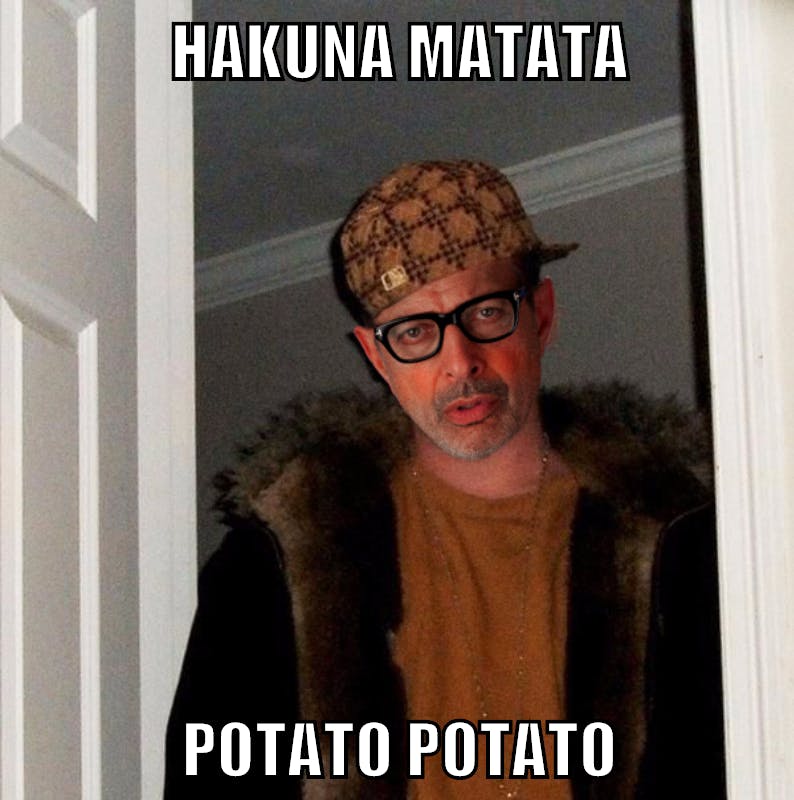 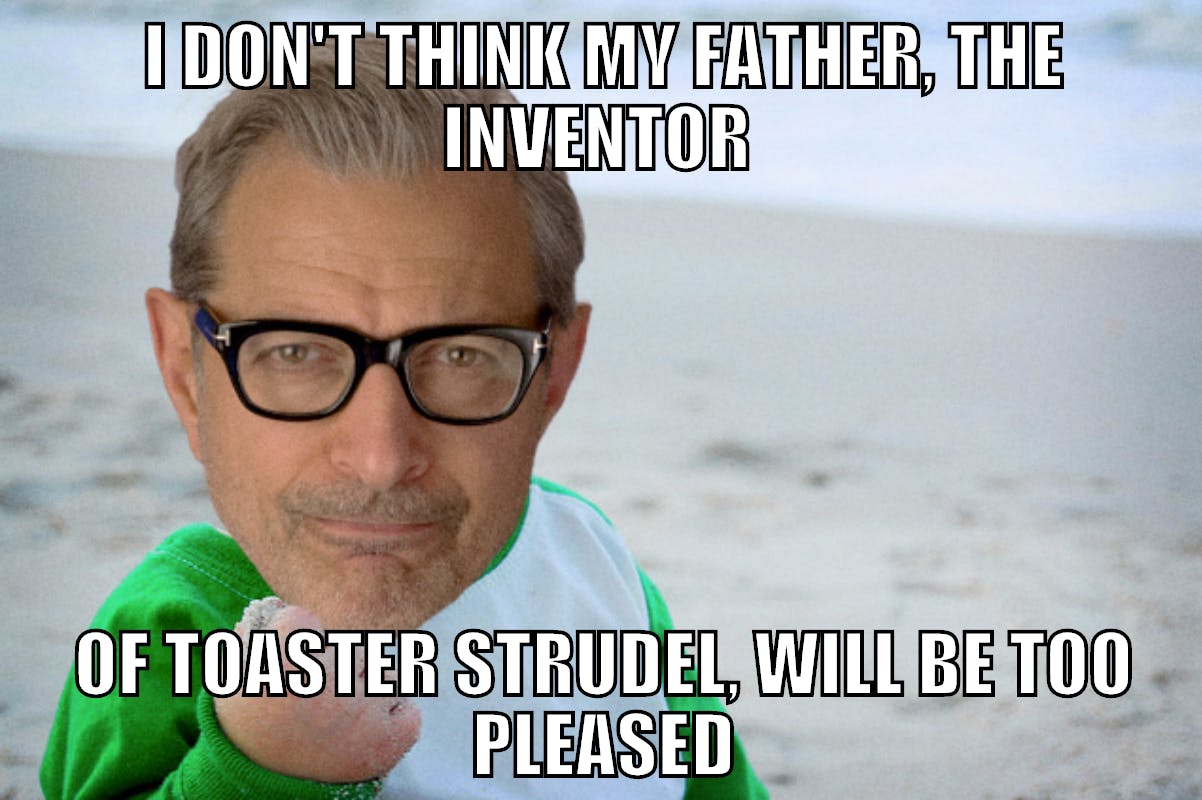 We get it, Independence Day: Resurgence publicity team, the aliens are coming back, so you’re trying to get these memes to come back. What a clever idea. It’s unclear whether or not Goldblum knows that his face is being used to ruin these memes’ legacies, since he’s pretty busy being a father and posting on Instagram only when his agent makes him. If he has no idea, that’s freaking hilarious.

The Independence Day Twitter account has tried to make these memes a thing but was greeted with some pushback when they promoted a tweet about it on Thursday.

These memes are back & more Goldblum than ever. Goldblum your memes at https://t.co/FjSTKMpy2V. #IndependenceDay pic.twitter.com/wcYbAdZ1u5

one simply does not force memes.

Yes, the marketers are invading our world, trying to take these memes from us, and will destroy all humans to make that happen. That plot sounds pretty damn similar to some movie starring Will Smith…

Perhaps the weirdest element in all of this: Goldblum is already a meme in his own right, For years you couldn’t take a dump in a college dorm bathroom without staring down a photo of the actor from The Fly with the caption “Jeff Goldblum is Watching You Poop,” and this remix of his weird laughing from Jurassic Park is YouTube canon.

Anyway, we’ll leave this with this fun fact before we head back to creating macros with the Meme Resurgence website: Goldblum was also the original voice of an evil rat villain named Verminous Skumm on Captain Planet.