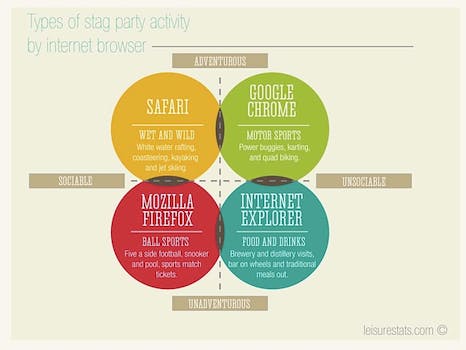 What your email address says about your bachelor party

Your phone and email address just gave away your bachelor party plans.

If you have an iPhone, you’re including a lot of friends. If you set up travel reservations with a work email, you’re going far. And if you use an AOL account, you’re the most likely to be going to a strip club. Those are some of the takeaways from some new data released by LeisureStats.com.

The English website, run by Chillisauce.co.uk, bills itself as “your new source for the latest data and trends in the leisure industry, giving unique insights into the habits of modern consumers.” Chillisauce is an event planning agency that specializes in “stag parties” (what the British call bachelor parties), and it’s analyzing the information of 97,000 customers to find trends.

For example, a quarter of Chillisauce’s customers that use an AOL email address go to strip clubs. And Yahoo users aren’t that far behind. Among customers who booked their parties through a work email, one in five wound up at a strip club.

However, it was far more likely to be further away from home. Those using a work email are traveling an average of 1,400 miles for their party. Gmail users are staying closer to home, traveling less than 400 miles (but keep in mind: 400 miles from the U.K. covers a lot of ground). 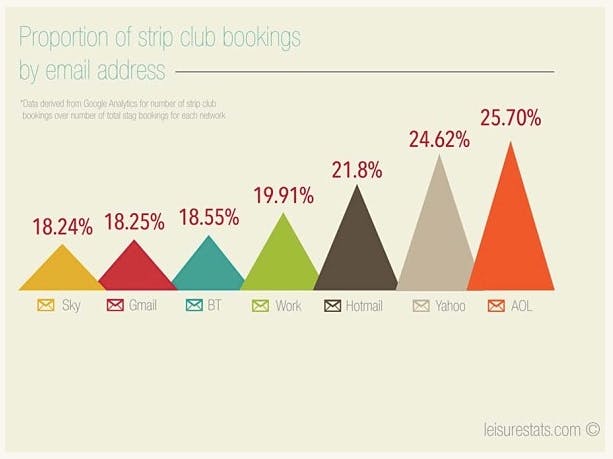 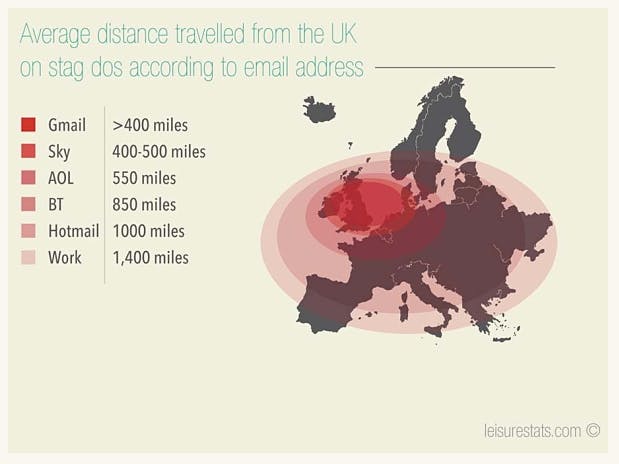 And what does the device you use say about the people you’re with? If you have an iPhone, it’s likely you’re traveling with a party of 15 or more. Nexus? You’re probably rolling with five close friends. 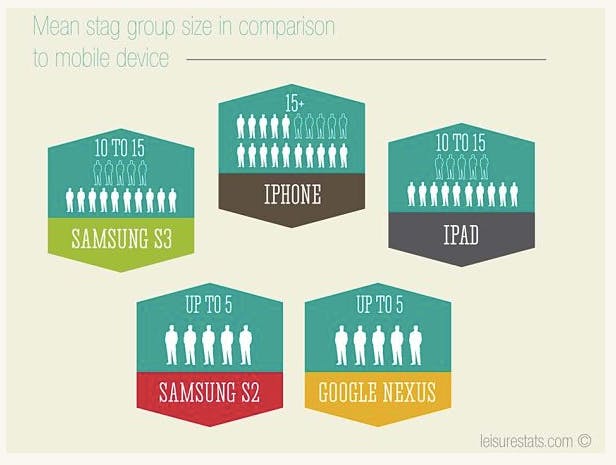 The data even analyzes what type of activity customers booked versus what Internet browser they used. Google Chrome users were predominantly into motor sports, whereas bookers on Firefox were more likely to enjoy a game of pool. Folks on Safari? They’re going to enjoy white water rafting or jet skiing. 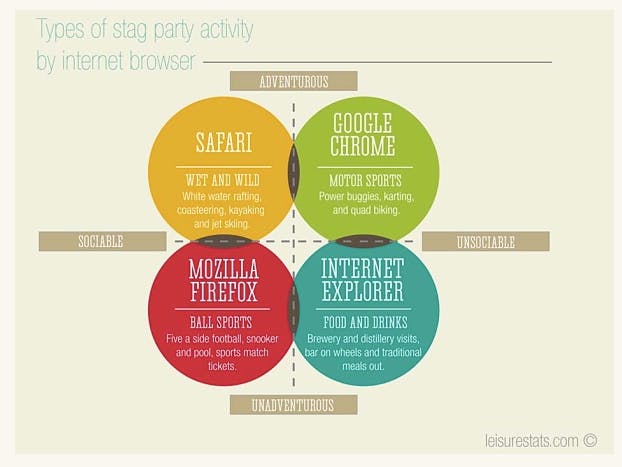 For more details from the study, check out the website.