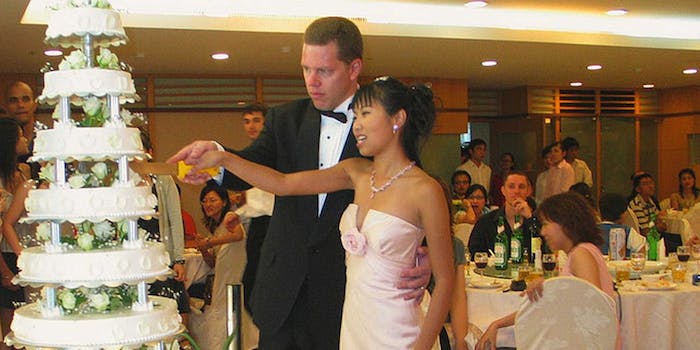 This is the average Facebook user’s life, according to big data

How does yours compare?

What’s the marital status of your average Facebook user? Mathematician Stephen Wolfram can tell you.

On Wednesday, Wolfram released a massive report  on his personal blog titled “Data Science of the Facebook World” that shines a light at how many friends a typical person has, the average age of their friends, and, yes, even how many of them are single or married.

Wolfram gathered this data from more than one million Facebook subscribers who signed up for Wolfram Alpha Personal Analytics for Facebook, a tool that takes a person’s facts on the social network to create personalized reports.  He then parsed this information to create a series of very revelatory graphs.

“I’ve always been interested in people and the trajectories of their lives,” Wolfram writes. “But I’ve never been able to combine that with my interest in science. Until now.”

The mathematician found that people have an average of 342 of friends on Facebook. This figure varies depending on the user’s age, noting that the number “peaks for people in their late teenage years, and then declines thereafter.”

Wolfram noted that Facebook users in their teens, 20s, and 30s tend to be friends with people of their own age. After 35, the age distribution is spread out across the spectrum.

Someone in their 70s, for example, will have much younger friends. This isn’t particularly surprising when you take into consideration that septuagenarians are likely to stay in touch with their grandchildren on the social network.

The report also shows that as Facebook members hit their late 20s, more than half of them change their relationship status from “single” to “in a relationship,” “engaged,” or “married,” a frightening thought for any quarterlifer being pressured by his or her mom to settle down. Even scarier is the fact that Wolfram compared his data with that collected by the latest United States Census and found that the two were nearly identical. 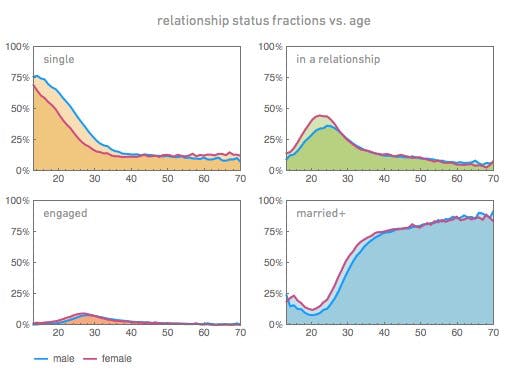 And then there’s all that geographical information. By comparing users’ hometowns to their current cities, Wolfram was able to confirm what should be a universal fact by now: everyone’s moving to California and New York.

So, what did we learn? That as a 27-year-old single person living in Texas, I’m apparently doing it all wrong.