Koala gets caught trying to steal a Land Rover

An enterprising Australian teenager knew just what to do when he came home on Monday to discover a koala attempting to steal a Land Rover.

What did the hero child do? He took pictures and alerted the press. (We, the press, are very grateful.)

15-year-old Sam Box lives on a sheep farm in the outback, near Geelong, Victoria. Yesterday he arrived home from school and found the koala calmly sitting in his family’s rover, steering the wheel.

Box attempted to scare the koala away, but the animal didn’t get the message. 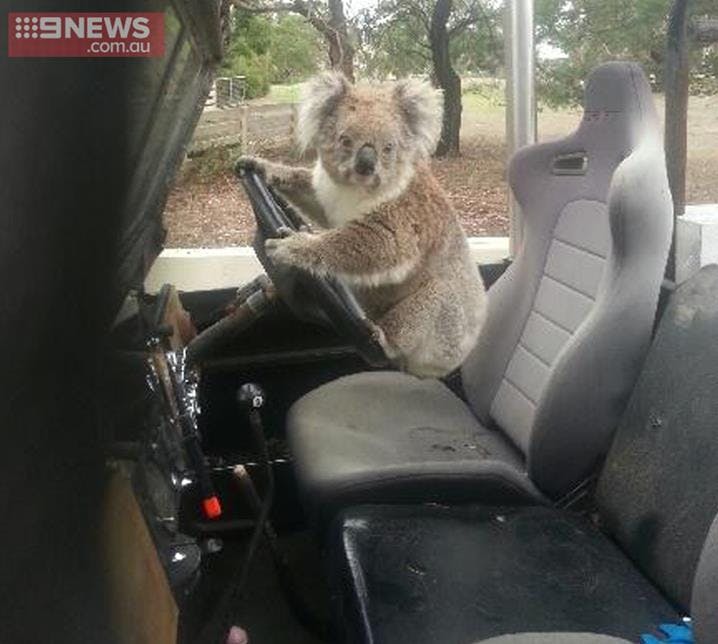 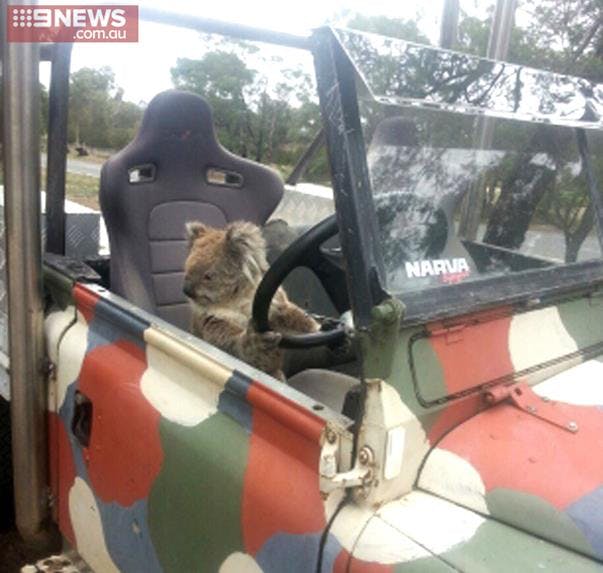 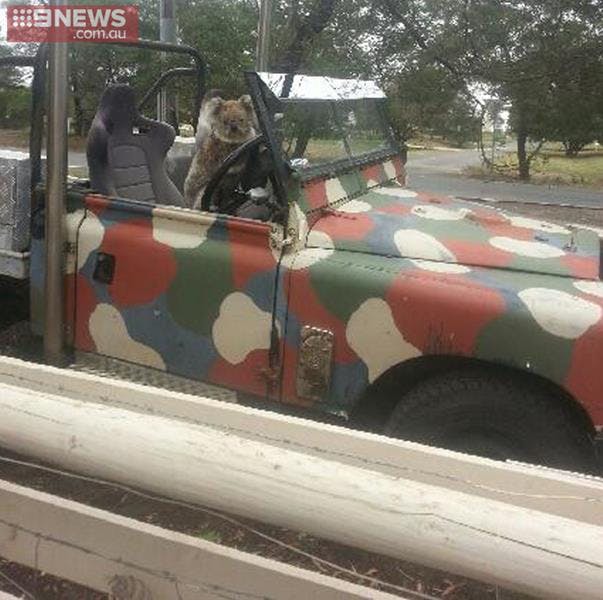 After the koala was done posing for the photoshoot, Box simply opened the car door. The koala, apparently abandoning its dreams of a joyride, hopped out and went on its way.

You can see more photos of Koala versus Car at 9 News.