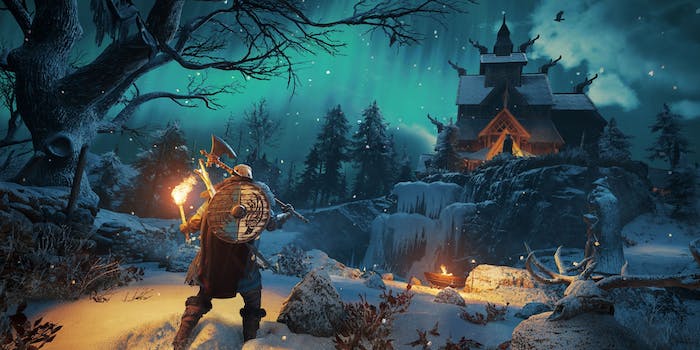 The new Assassin's Creed game is an epic viking saga.

The cinematic trailer just arrived online, offering four minutes of bloody rituals, viking longships, fiery battle scenes, and an impending war between Wessex (aka England) and an army of Norsemen. It looks like an epic new direction for Assassin’s Creed, and while the trailer doesn’t show any gameplay footage, Ubisoft revealed the game will combine combat missions with a political narrative in an open world setting. You can form alliances as a leader, build settlements or take a more bloodthirsty route as a warlord, depending on your personal tastes.

The trailer introduces the new protagonist Eivor, a viking raider who travels from Norway to England during the 9th century AD. While the footage mostly focuses on Eivor as a pretty traditional-looking viking warrior—a blond, muscly dude with a beard —you can also play as a female version of Eivor, whose appearance is customizable.

Assassin’s Creed: Valhalla comes out later this year, advertised as a holiday release.