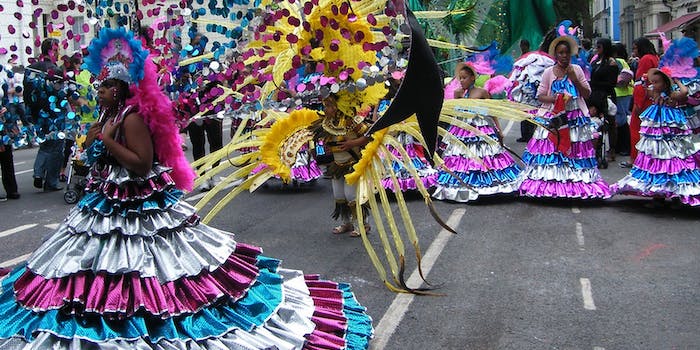 The service, infamous as a bullying platform, may also be driving gang violence.

Ask.fm has become infamous as a platform bullies use to harass teens into suicide. But it turns out outright criminals are big fans of the anonymous social Q&A site, too.

London police say they’re worried about an upswing in violence after discovering gang members like to use the service to trash talk each other.

“They are using Ask.fm because it is anonymous,” Metropolitan Police Detective Sergeant Rob Wiggins told The Telegraph. “They are posing as individuals and make statements about gangs ruling their district and taunting rivals. They are trying to raise their profile and you get raised tensions between various groups.”

Police are concerned the trash talking will spur violence at this weekend’s Notting Hill Carnival in London. Cops carried out dawn raids at 114 addresses and made 112 arrests Wednesday to crack down on suspected gang members ahead of the street festival, the Telegraph reported.

Victims’ families and campaigners urged a boycott of Ask.fm after anonymous trolls drove at least seven teens to suicide over the last year. Earlier this month, 14-year-old Hannah Smith took her own life following months of abuse.

Police made 299 arrests at last year’s Notting Hill Carnival, including 15 gang members who allegedly planned to battle rival gangs. The 2008 festival was marred with violence, with police making almost 500 arrests.