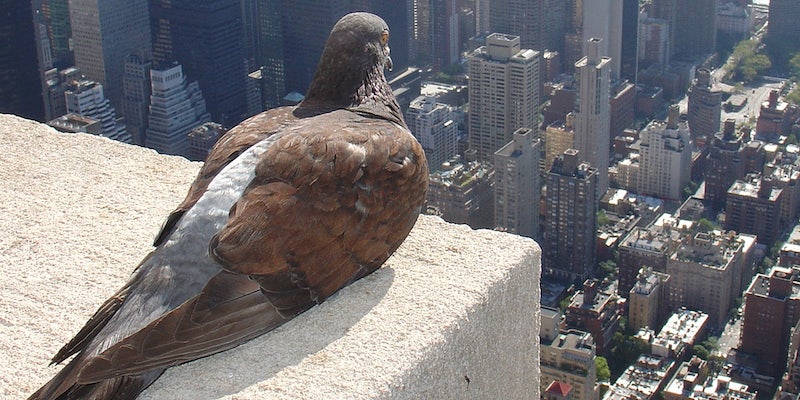 "I want to see people die at New York," the hacker told the Daily Dot.

But you can’t see it.

Our site is experiencing technical difficulties. We are aware of the issue, and working on a fix.

A self-described hacker called ThreatKing, who says he hates New York City, claims he has successfully overwhelmed the site with a distributed denial-of-service attack (DDoS), overloading its servers with traffic. As of this writing, New York is completely inaccessible.

A New York magazine employee, who spoke to the Daily Dot on the condition of anonymity because they were not authorized to speak publicly about the attack, said they assumed the site was on the receiving end of a DDoS attack.

But it’s not an attempt to silence the 35 women who have come forth to describe their alleged assault or the magazine that pieced their stories together, ThreatKing said. Instead, he claimed, the attack stems entirely from his dislike of New York City, which he extends to magazines that share its name.

“Many stupid people at [sic] New York,” ThreatKing told the Daily Dot over a Skype chat. “I have not even seen the cover, LOL,” he said.

ThreatKing first claimed responsibility for the attack under the Twitter handle @Vikingdom2016. The hacking group Vikingdom garnered some attention earlier this year by claiming attacks on some random government websites, including maine.gov for a few hours.

ThreatKing said his hatred of New York City is based on a visit to the city gone wrong. “I went to new York 2 months ago. It was really bad,” ThreatKing said. “Someone pranked me. Everyone started laughing and shit. The first 10 hours being there. Some African-American tried to prank me with a fake hand gun.”

That’s why, he said, he “[wants] to see people die at [sic] New York.” “I’ve seen many pranks gone wrong at new york. That got me pissed. That’s why I chose New York.

“I’ll try my best to keep [New York] offline for 14 hours,” ThreatKing said, adding, strangely, that “we would control the Internet if we had enough money. Because each server costs money.”

ThreatKing provided a link to Vikingdom’s Soundcloud page, which gives a hint into the group’s reasoning. There, in a recording titled “Warning Message to the United States,” a robotic voice says “We are going to destroy state websites, city websites, agency websites and court websites of the United States. You have took away our country and its time to get it back by destroying the United States.”

He declined to say what country he’s actually from, citing a fear of the Federal Bureau of Investigation.

ThreatKing says Vikingdom2016 plans to attack more websites based in New York. He linked to a Twitter list of potential targets that have “New York” in their names, including the New York Times, the New York City FBI bureau, and New York University.