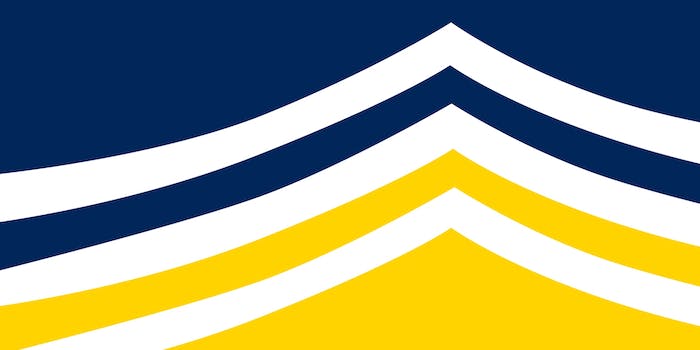 The math just doesn't add up.

A major international law-enforcement agency may be exaggerating its effectiveness in weeding out cybercrime.

Since the Federal Bureau of Investigation shut down the Silk Road black market in 2013, the Dark Net has become more saturated with marketplaces selling drugs, guns, stolen data, and other illegal goods. As illegal sales have risen, so too have high-profile arrests of site owners, dealers, and some buyers, too. The busts have allowed law enforcement to prove that they can, often through old fashioned police work, track down some of the users of these sites.

Even with those successes, Europol, one of the law enforcement agencies tackling the Dark Net, appears to be fudging its effectiveness in combating illegal activity on the Internet.

In a recent internal presentation obtained by the Daily Dot, Europol’s European Cybercrime Centre (EC3) says that Operation Onymous, the multi-agency effort that took down Silk Road 2.0 and various other sites, closed over “600 Darkmarkets” in total.

The presentation, dated June 3, 2015, was shown at the E.U.-U.S. Justice and Home Affairs Ministerial Meeting in Riga, Latvia, on the same day, a Europol spokesperson confirmed to the Daily Dot. Representatives from the European Commission, the United States, Europol, and other European bodies attended the meeting, where they reached an agreement on how to increase collaboration between Europe and the U.S. on issues such as counter-terrorism, border control, tracking of firearms, and cybercrime.

Many of the slides are heavily redacted, apparently in an effort to protect operational details about Onymous. But one slide stands out, summing up the results of the “ONYMOUS Operational Action Day”: That number seems to be inaccurate.

On the day Operation Onymous was announced back in November 2014, Europol said in a press release that “more than 410 hidden services” had been seized.

Days later, further media reports clarified what that actually meant. FBI spokesperson David Berman told Forbes that it was instead roughly 400 individual URLs that referred to a dozen or so individual sites, not 400 separate sites.

Hidden services run on the Tor anonymity network, and the are largely inaccessible through standard Web browsers. Instead, users must use the Tor browser to connect to these sites.

Independent researcher Nik Cubrilovic and a number of anonymous contributors dug deeper and found 276 seized addresses on the Tor network; of those, 153 belonged to either scam or phishing sites or were clones of other sites.

To add to the confusion, when referring to the June presentation, a Europol spokesperson told the Daily Dot that “there were over 600 hidden services taken down, but the number of marketplaces is different.” This does not match up with the presentation, which explicitly says that 600 “Darkmarkets” were shuttered, giving the impression that Europol, eight months after Operation Onymous, is presenting the mission as much more effective than it actually was.

Today, dozens of marketplaces exist on the Dark Net, with many selling more dangerous goods than Silk Road ever did. More and more people are buying drugs online, and the Dark Net is becoming something of a cultural phenomenon.

Law-enforcement agencies have had several notable successes at arresting users of this space, but Europol at least continues to obfuscate how much of a dent the agency has really made.