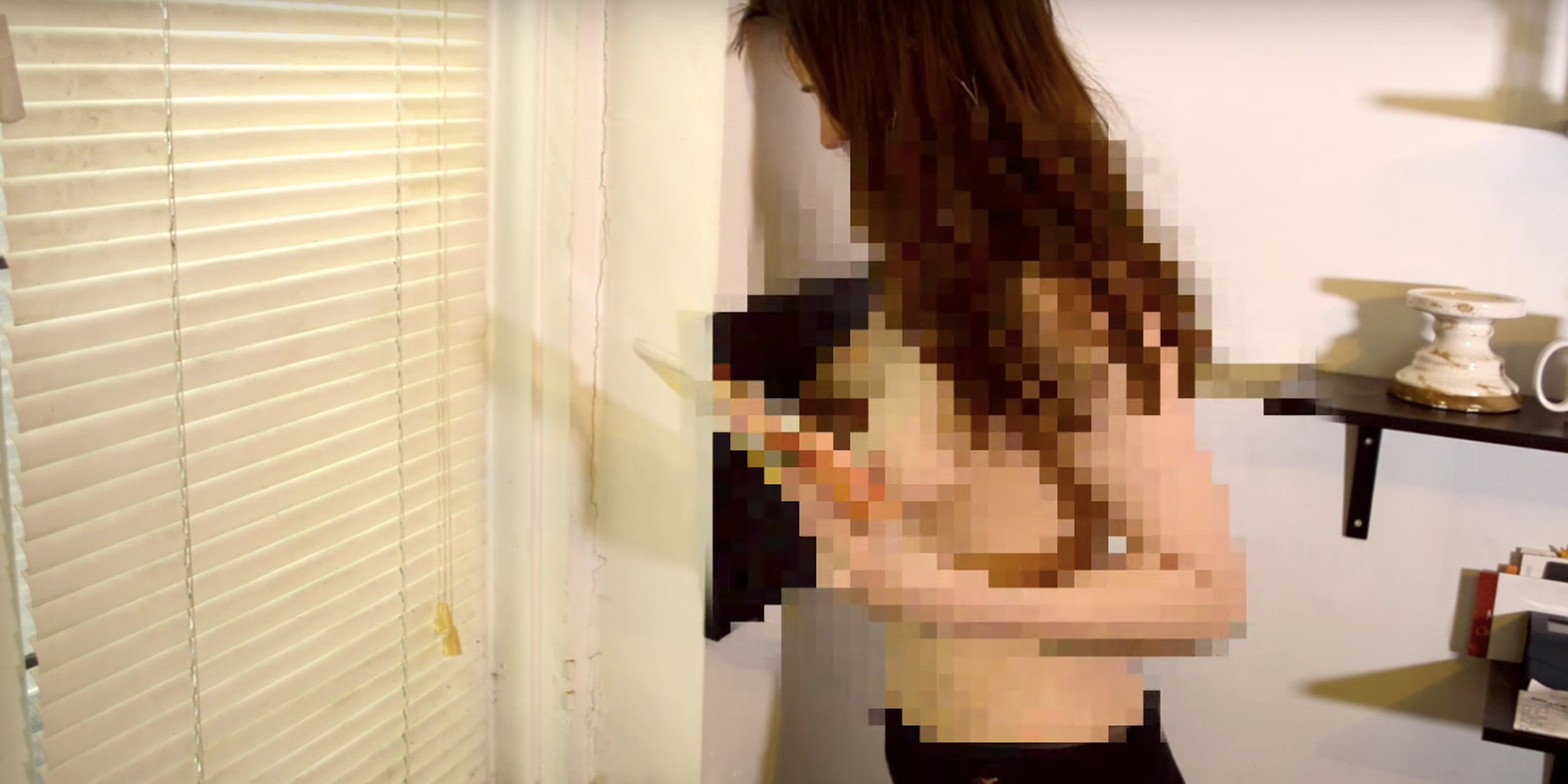 A sight for sore nipples.

This article contains explicit material and is NSFW.

The insurgent presidential candidacy of Donald Trump has provided no shortage of inspiration for the Internet’s most outrageous artists. So far, we’ve seen a Trump mosaic made of 500 dick pics, a startling vision of Trump posing nude, and some nightmarish Photoshops of the man’s face and hands. Trump’s spray-tanned visage has even been rendered in menstrual blood.

Add to that list a magnificent new work that comes from the heart…or somewhere near it. The artist, Aimee Davison, sometimes eschews brushes for a more direct application of pigment, painting instead with her (right) breast.

But don’t take my word for it. Watch the maestro in action.

Davison is now auctioning off the one-of-a-kind canvas, promising to donate proceeds to a breast cancer charity of Trump’s choosing. With just two bids in so far, anyone can currently grab it for little more than $30—a far cry from its stated value of “priceless.”