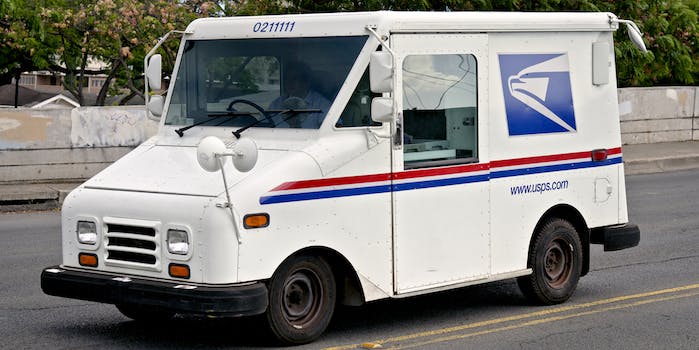 Temperatures reached over 120 degrees Fahrenheit in the vehicle.

Postal workers, and in fact anyone whose job involves driving all across the USA, are not legally required to have access to air conditioning in their vehicles. Which led to one postal worker in Arizona taking action to showcase the dangerous and inhumane working conditions they’re subjected to by cooking a steak by leaving it on his dashboard for an hour.

The worker, who remains anonymous—presumably in order to avoid personal and professional retaliation—sent these photographs to Arizona Rep. Shawnna Bolick along with a record of the daily temperatures in his vehicle that averaged at 128 degrees Fahrenheit.

As a result of the high temperatures, a significant number of postal workers have been sent to the hospital with heatstroke and heat exhaustion, one requiring several days of hospitalization. The postal service responded with the following statement, which notably includes no mention of air conditioning or means to reduce the temperature in the workers’ cabs:

“The postal service works to protect its employees all year through a strong health and safety program.

“This includes instructions on messaging through the handheld carrier scanners, frequent service talks on recognizing heat illnesses and taking shade or hydration, and street supervision that checks on carriers during the day.”

Posted by The Modern Texan on Wednesday, August 7, 2019

Some people sided with the workers and shared examples of ways their own employers had put them in the same position.

“I worked as a security guard in a warehouse that cared so little for its workers that the warehouse itself was not climate-controlled at all, and a few of the workers who in the summer were taken out by EMTs for having heat stroke were fired for not meeting quota,” wrote one user on Reddit.

Yet some people shared examples of what their employers did to keep workers healthy and cool during the summer, such as supply bottled water and Gatorade.

Yet some commenters on Facebook, having internalized the bootstraps capitalist ideology where suffering is normal and not to be alleviated, turned on the postal worker for complaining.

“I don’t feel the least bit sorry for them,” one person wrote. “I work as a diesel mechanic. I live in an area that can see 115 degrees. When a truck comes in that just drove across the Mojave desert, and is over 200 degrees, and needs to be fixed, I work on it. Yeah, I might sweat a little, but it’s just part of the job.”

It’s yet to be seen whether or not anything will be done about the postal workers’ circumstances, but it’s certain that unless their working conditions are improved, more workers subjected to these conditions will end up in the hospital.