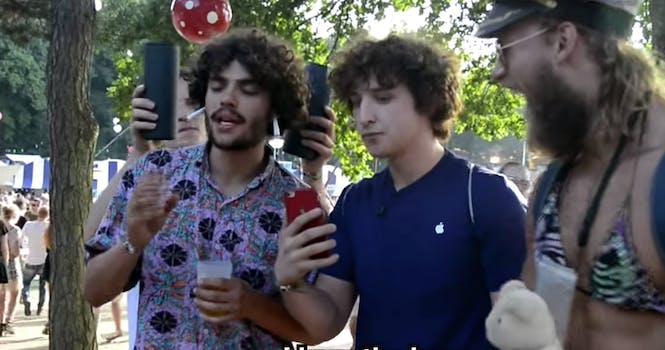 'You almost don't feel them in your ears.'

Apple’s new “wireless, effortless, magical” AirPods earbuds look a lot like limp cigarettes, but if you didn’t know better—and most don’t—you could be forgiven for mistaking them for wireless toothbrushes.

Enter YouTube prankster Julius Dein, who trolled a music festival in the U.K. with what appears to be the latest in Apple technology but is far from it. The results are as laugh-out-loud funny as any of Jimmy Kimmel’s sidewalk skits, and it’s a hilarious testament to the cult of Apple.

The good news: If you don’t feel like spending $160 after you inevitably lose your first AirPods, there’s a cheap alternative, and at least some people won’t even notice the difference.