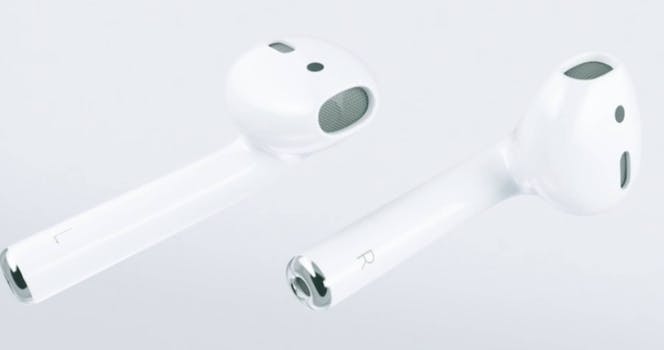 The rumors were true: Apple has gone wireless with its headphones. The worst kept secret about the iPhone 7 was that Apple was ditching the headphone jack and during its unveiling event on Wednesday, the company showed off its wireless headphones, dubbed AirPods.

When Apple said it was going wireless, it wasn’t joking; the AirPods are completely free of wires, unlike most bluetooth headphones that retain a cord that connects the earbuds. 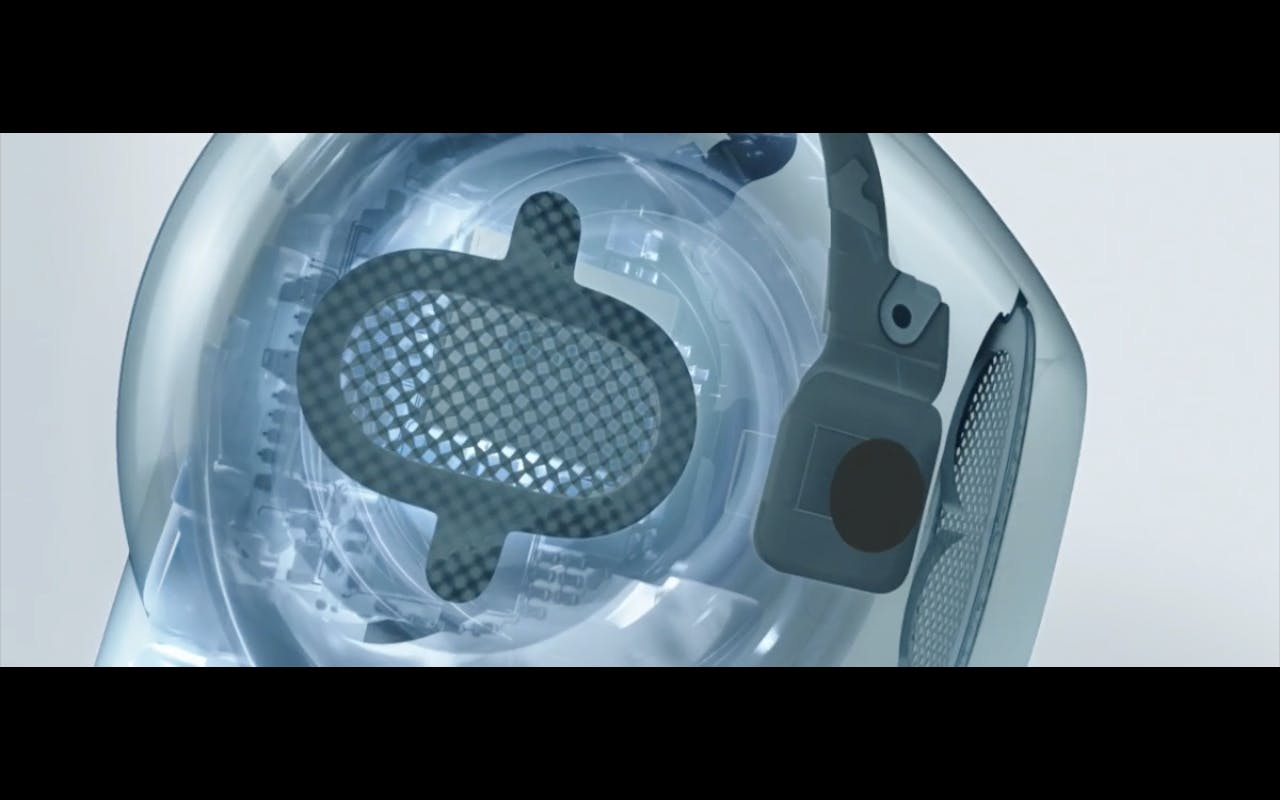 The earbuds are enabled by Apple’s first ever wireless chip, the Apple W1 chip. It handles the audio and wireless connection between the AirPods and iCloud-connected devices. The W1 chip works with iPhone and Apple Watch, automatically detects what the user is listening on, and can switches seamlessly.

It’s not clear if the W1 chip uses a proprietary connectivity protocol or if it uses a more familiar form of wireless communication like bluetooth.

The AirPods also hold motion accelerometers that detect touch to activate Siri and infrared sensors that can tell when the buds are in your ear; they won’t play audio until the you are wearing them. 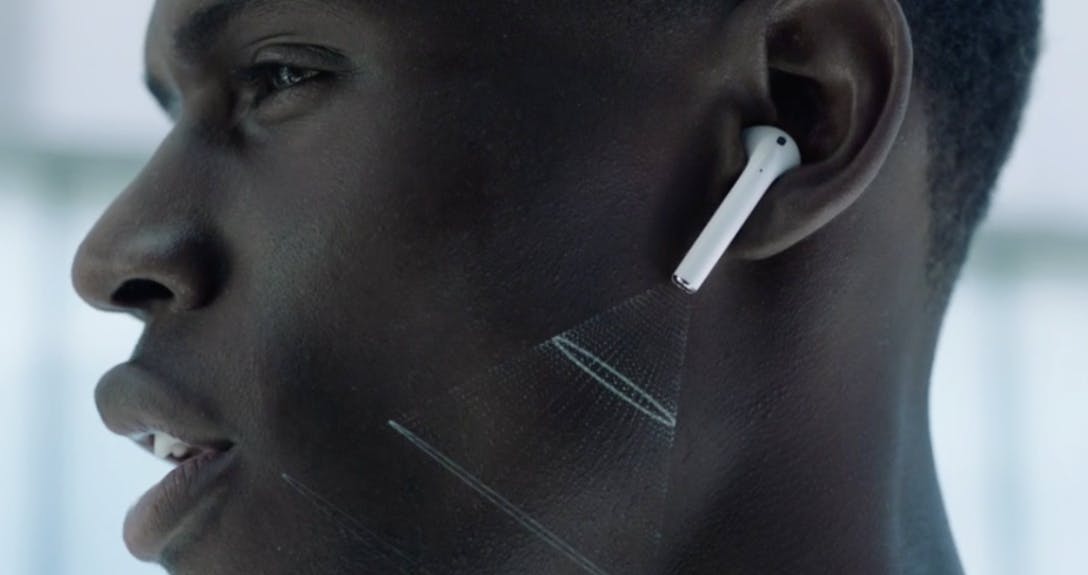 The earbuds are for more than just listening—they can be used for talking, too. The AirPods can pick up on the user’s voice and enhance it while blocking out environmental noise.

Apple claims the earbuds will provide five hours of playback on a single charge, and can be charged directly in their case. The case itself, which is smaller than the wired EarPods case, will hold 25 hours of battery life. Because of the connection provided by the W1 chip, Apple devices will instantly recognize the AirPods when the case is opened near a user’s iPhone. A connect prompt appears on the iPhone’s screen and pairs the earbuds to the device, no syncing or other steps required. 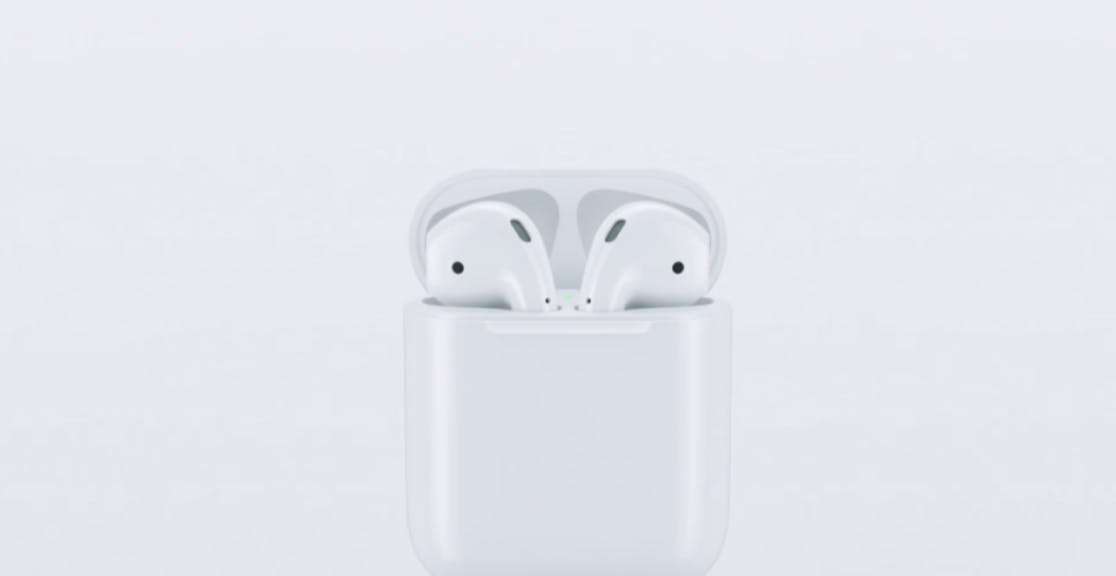 “There’s no buttons, there’s no switching, there’s no pairing, no unpairing, all things of the past,” Philip Schiller, Apple’s senior vice president of worldwide marketing, said on stage.

The AirPods won’t come cheap, of course. Apple has priced the wireless earbuds at $159, and they are set to arrive in late October 2016.

Beats, the Apple-owned audio product maker, is also coming out with a new line of headphones that makes use of the Apple W1 chip. New Beats Solo 3 wireless headphones, with up to 40 hours of wireless playback, as well as a wireless model of the Powerbeats 3 and a new, wireless line of Beats S headphones are expected.