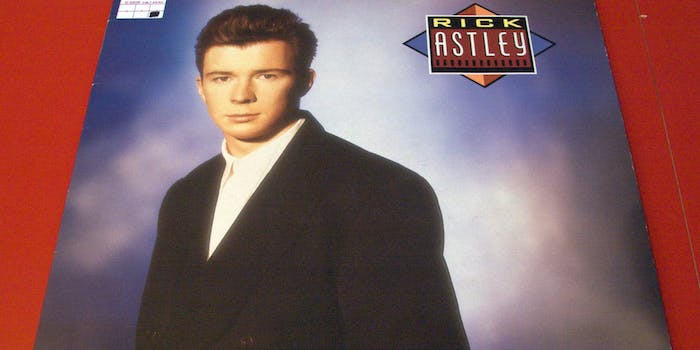 If you have questions about some new iOS 7 features, access Apple's support center online. That’s where Rick Astley is waiting for you.

Apple unleashed its new mobile operating system, iOS 7, on the public this week. Not everyone likes it. It’s minimal, Helvetica-friendly, and so colorful one tech writer even lamented its “unmanliness.” One new feature is the Control Center, a pane of brightness and color controls you can access by swiping up on the home screen. If you need help figuring it out, you can access Apple’s support center online.

And that’s where Rick Astley is waiting for you. 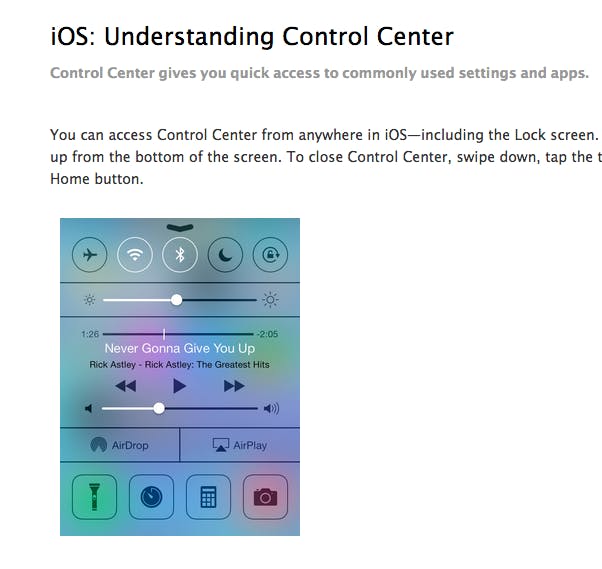 The Rickroll is one of the oldest pranks on the Internet. It’s a bait-and-switch: Click a link, and you’re redirected to Rick Astley’s 1987 hit “Never Gonna Give You Up.” Like most memes, it came from 4chan, and it’s now so mainstream even Apple uses it.

Well, a half-assed version of it. It’d be truly funny if clicking the screengrab sent you to YouTube.