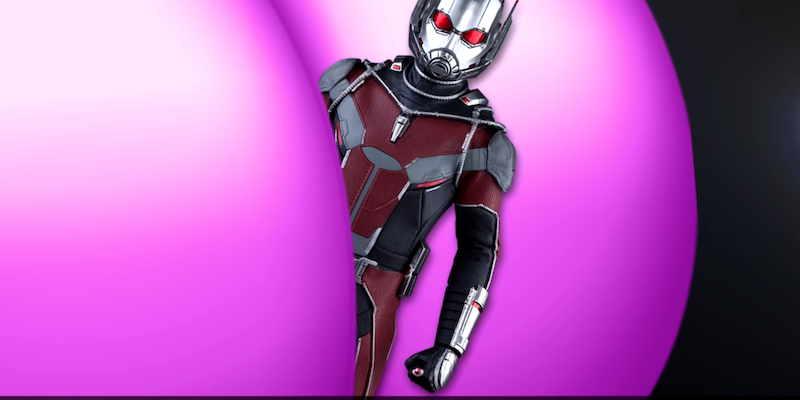 Someone made a song about Ant-Man crawling into Thanos’ butt

The theory that won't die.

It’s a disgusting but somewhat compelling theory, and now it’s song/music video. What if Ant-Man defeated Thanos by crawling up his butt and growing to enormous size? Is that why the movie is called Avengers: Endgame?

The idea has been around in various forms since before Infinity War came out. It began on Reddit with fans posting the worst ways the Avengers could defeat Thanos. The first version was posted by a user named sodabased and involved the Hulk donning a modified Ant-Man suit and crawling up the titan’s urethra because, you know, it’s Reddit.

They put the Hulk in an Ant-man suit. He shrinks down and makes his way into Thanos’s mouth. Then it’s just a waiting game. As soon as the Hulk makes it to the urethra he turns his suit off.

Thanos’s manhood explodes as a blood-covered Hulk emerges from the bloody mess. Thanos falls down unconscious and slowly bleeds to death.

The camera tightens on Spiderman who looks at Doctor Strange, “Well let that be a lesson for ya Doc! Hulk smash Kidney Stones!”

The camera then pans to each and every one of the heroes who have survived the war as they do a good guffaw.

This is a very very inside (literally) reference to Doctor Strange possibly having sentient kidney stones. What can we say, comics are weird.

Reddit enjoyed the theory but many wondered why Ant-Man wouldn’t just pull off the job himself. He could even just crawl into Thanos’ ear. It’s a less hilarious but more practical plan—and one similar to what the character did against Iron Man in Civil War.

This image popped into my head as I was falling asleep last night, so of course I had to make it a poster today. Enjoy! from Marvel

The whole “Ant-Man in Thanos’ butt” theory (dubbed “Thanus” by Vox writer Allegra Frank) has been super popular since it’s moved over to Twitter. Paul Rudd even addressed it in an interview.

It’s inspired countless memes, many of which are on display in a new music video.

The song and video, entitled “Get Small,” were created by YouTuber “Bonecage,” who has a whole channel full of pop culture songs that cover things like Squanchy from Rick and Morty, and how much Vin Diesel can bench press.

Despite these previous works, Bonecage decided that the “Get Small” song needed a disclaimer at the end. “This song is really dumb,” he says, appearing in person after the video ends. “But this is what I do, so if you like this kind of thing make sure you subscribe and get more dumb songs.”

Oh, we will Bonecage. We will.