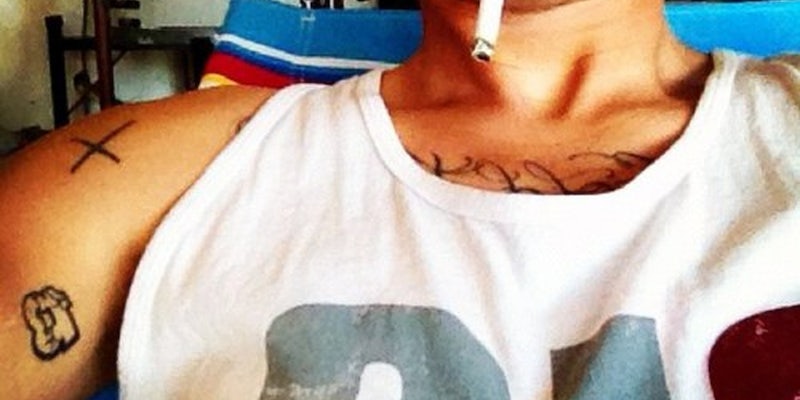 Cameron Jankowski allegedly posted a photo of himself taking a leak on a Taco Bell order. Now hacktivist collective Anonymous is returning the favor, leaking the employee’s personal information.

A key Anonymous Twitter account tweeted a link to a YouTube video that reportedly lists the Janowski’s personal details, including his home address, in its description. He was identified as an employee at a Taco Bell restaurant in Fort Wayne, Ind.

The video includes screenshots of tweets posted and retweeted by Jankowski.

Jankowski claimed that the order he urinated on was one that was already messed up. It was thrown away,and not served to customers. Other Twitter users slammed Jankowski and suggested his action was a felony.

He apparently claimed he didn’t care that other users were directing his tweet to Taco Bell, claiming he had a new job lined up anyway.

Update: Taco Bell provided the following statement to the Daily Dot. “Nothing is more important than the safety of our customers and team members. We have strict food handling procedures and zero tolerance for any violations. As soon as we learned of the situation, we immediately investigated and found the photo was an ill-conceived prank and the food was never served to customers. We find this prank absolutely unacceptable, and we plan to terminate anyone involved and work with authorities to pursue legal action.”