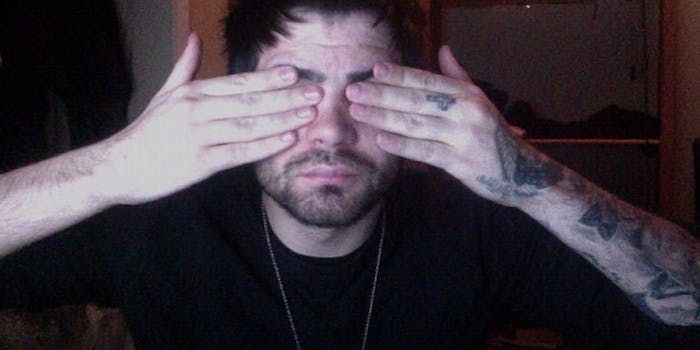 The nude photos featured on IAU were submitted anonymously by users, ranging from angry former lovers trying to hurt their exes to opportunistic social media users or unknown bands looking for more followers. The site was no stranger to controversy or lawsuits from people featured against their will.

Hunter Moore, the creator, announced the site’s closure Thursday, April 19, with a redirect to a letter placed on Bullyville, a site dedicated to raising awareness of underage bullying. In the letter, Moore thanked his fans, “You made it possible for me to have the best life,” and said he will miss the IAU community.

“I am burned out and I honestly can’t take another underage kid getting submitted and having to go through the process of reporting it and dealing with all the legal drama of that situation,” writes Moore, explaining why he is closing down the site.

(In a prior interview with the Daily Dot, Moore said he spent on average three hours a day reporting naked submissions from underaged fans. “I can’t fucking stand it,” he said at the time. Clearly, he meant it.)

Future plans for Moore include writing, Internet marketing, and his new venture “We party for a cause,” a project that throws “the craziest parties” to benefit charities.

News of the site’s closure had Moore’s fanbase in a tizzy, with IAU trending nationally at one point on April 19.  Fans took to calling Moore a “sellout,” a “pussy,” “faggot,” and “a piece of shit for shutting down I.A.U.”

At press time, #RIPIAU was tweeted approximately 1,500 times in the four hours since the announcement, according to Topsy.

In true crowd-sourced fashion, Moore then published a phone number encouraging his fans to leave messages “or to talk shit.” It is not clear who’s number this belongs to, but it is a Google voice number. The person who owns it simply coughs very loudly and asks the caller to leave a message. Moore promises to post the messages left at the number on the IAU site later in the evening, as a last hurrah.