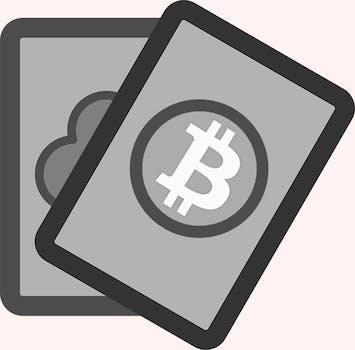 This anonymous gambler is betting it all on Bitcoin

One redditor bet everything he had—and even went into credit card debt—in hopes that Bitcoin will provide for his family's future.

One Reddit user has put it all on the line for Bitcoin, the digital currency that saw its value increase by 70 percent over a two-day period last week thanks to an banking crisis in Europe and a growing skepticism surrounding government-backed currencies.

Since December, redditor anon_bitcoin_gambler claims to have purchased $30,000 worth of Bitcoins and shares of Satoshidice—a computerized dice game that’s currently the most popular way to gamble with Bitcoins—when the currency was trading at about $14 per coin.

Anon_bitcoin_gambler told the Daily Dot he doesn’t plan on cashing out completely anytime soon, but if he were to do so today, his investment could be worth between $92,400 and $164,934.

“I invested/gambled on Bitcoin because I believe it will grow significantly long term, both in value, price, and usage based on its fundamentals,” Anon_bitcoin_gambler said. “I can’t say that about any stock or bond. Also, I had a lot of debt and not much to lose if this failed.”

Anon_bitcoin_gambler would not reveal much about himself or his investment, but in a post made on the r/Bitcoin subreddit last month he claimed that he was a rather poor man with a lot of student loans. When asked to provide proof of his investment, anon_bitcoin_gambler declined, saying that sharing his blockchain information, which is a way of tracking who has owned a particular Bitcoin, might reveal his identity. He claims to have invested in Bitcoin to support his family “and hopefully never have to worry about money again.”

Bitcoins have seen unprecedented growth in the past nine months. When the currency was started in January 2009 by pseudonymous developer “Satoshi Nakamoto,” it was largely used to hide illegal activity like drug dealing. By October 2012, more than 1,000 merchants were reportedly accepting Bitcoins, including WordPress.com, an electronics store, file-locker service Mega, and a business that allows you to order pizza. Bitcoins can also be used to tip redditors and Twitter users for quality content.

“People are tired of having their wealth stolen from them, whether it be through inflation, taxation, or otherwise,” Anon_bitcoin_gambler added. “Besides empowering people to manage their own money and not rely on others, it is extremely useful. Being able to send thousands of dollars across the world for only pennies in fees, instantly and anonymously (if done properly) is a major innovation.”

Anon_bitcoin_gambler has received a fair amount of criticism on Reddit, with many people warning that Bitcoin’s growth is just a bubble waiting to burst. Bitcoin reached an early peak of $35 in the summer of 2011, according to BlockChain. But that bubble burst, and the value of a Bitcoin plummeted to $2.51.

Anon_bitcoin_gambler has also been criticized for investing in Bitcoin using credit cards.

“He borrowed the funds he’s using to buy the Bitcoins using a credit card, which is an absolutely awful kind of debt to finance an investment of any kind,” Roozle10 commented. “A quick Google search says the average card pays 15% interest on balances carried over month to month. Unless he thinks he can beat 15% a month, he will lose.”