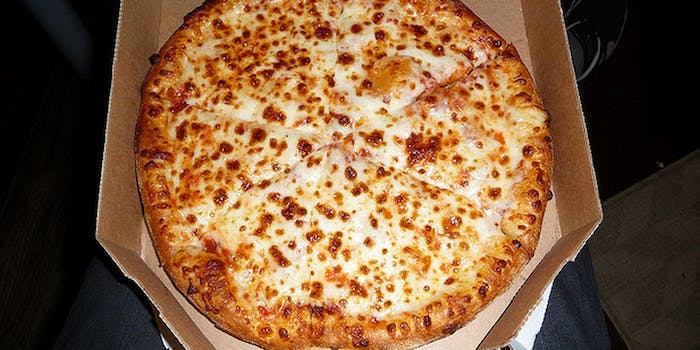 How to order a pizza with Bitcoins

Bitcoin, the decentralized digital currency, can be used to pay for online strippers, drugs, and even WordPress services. Now you can add pizza delivery to that list.

Bitcoin, the decentralized digital currency, can be used to pay for online strippers, drugs, and even WordPress services. Now you can add pizza delivery to that list.

The aptly, albeit somewhat unimaginatively, named Pizzaforcoins.com makes it possible for anyone to place a pizza order and pay for it using Bitcoins.

To place an order, enter your name and address. The site then redirects you to an online order menu that has various options and their respective prices (in BTC). Once a selection is made, Pizzaforcoins verifies that the payment has been made and an order is placed within 10 minutes.

The site essentially acts as a middleman between the customer and the pizza joint.

Orders can currently only be placed with Domino’s Pizza, but the site’s fine print indicates that they’ll soon be adding Pizza Hut and Papa John’s into the mix. The order options also appear to be limited to a few items and deals.

One of the offers available is two medium two-topping pizzas for 0.71 BTC. There is no one static dollar equivalent to this figure, given that the value of Bitcoin fluctuates based on demand. As of this writing, that amounted to $14.97 (one coin equals $21.01). For context, the same order would cost us $18.59 (tax included).

The site is the brainchild of Matt Burkinshaw and Riley Alexander, who state in the “about us” section that they did it “to further expand the usability of bitcoins on the open market.” The site does not disclose if it is intended to be a profit-earning enterprise.

It’s fitting that Burkinshaw and Alexander chose to go with the popular Italian dish. Back in May 2010, an individual going by the handle laszlo offered to pay 10,000 BTC for approximately $25 dollars worth of pizza. Back then, that equated to roughly $40.

The Daily Dot reached out to Burkinshaw and Alexander for comment on this story but the duo has yet to reply.