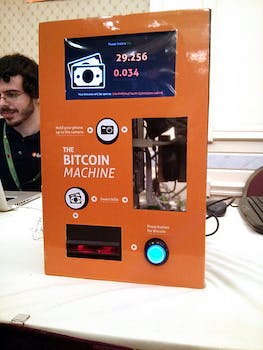 Cyprus could get the world’s first Bitcoin ATM

The country's economic crisis has made it an ideal testing ground for Bitcoin, the world's most popular virtual currency.

Last month we reported on plans to put ATMs in retail locations that would turn dollars into the digital currency Bitcoin. A new company plans to do the same, but in an interesting place, according to to Jeff Berwick of Dollar Vigilante.

The possible failure of Cyprus’s banking system was cited by many as a factor in a recent spike in the Bitcoin’s value, as currency speculators pulled their money out of the Euro and put it into Bitcoin. It seems that Cyprus is destined, at least in the short run, to be a laboratory for currency reform, because the new Bitcoin ATMs are to be located there.

As Cyprus’s government and the European Union go back and forth on reform plans, the banks have closed for the past week and, if they re-open Tuesday as planned, will have a daily withdrawal limit of 100 euros.

Berwick says his company, Bitcoin ATM, is “in the right position to open its very first ATM in Cyprus. If we did this now, and we are moving quickly to make this so, we would be the only functioning ATM on the island.”

“If these people had simply bought bitcoins with their savings,” said Berwick, “not only would they currently have 100% access to their funds, but also they would have enjoyed a parabolic move to the upside over past months.”

Whether Bitcoin ATM has the ability to move so fast, and in such an environment of flux, remains to be seen. The way Cypriots used such a machine would provide some real data on how Bitcoins would affect a country undergoing currency convulsions.