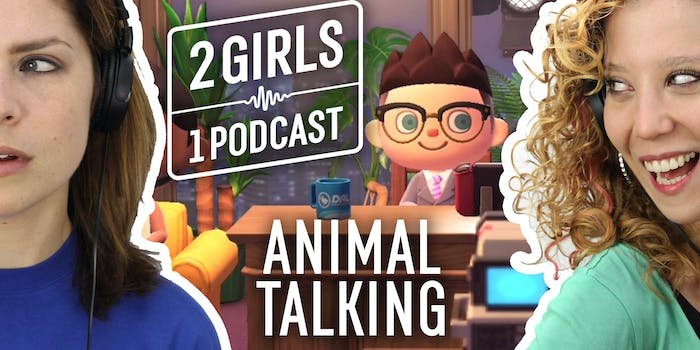 This week on 2 GIRLS 1 PODCAST, screenwriter and games journalist Gary Whitta joins Alli and Jen to talk about his experimental late night celebrity talk show Animal Talking, which is live-streamed entirely inside of Nintendo’s Animal Crossing: New Horizons, and why a world in quarantine can’t stop watching.

Whitta discusses the show’s impromptu beginnings, its technical complexity, what it’s like sitting on a virtual couch with Elijah Wood and Danny Trejo, and what happens when Sting wants to be on your Animal Crossing show but doesn’t own a Nintendo Switch.

He also shares stories from his time writing for Rogue One: A Star Wars Story.