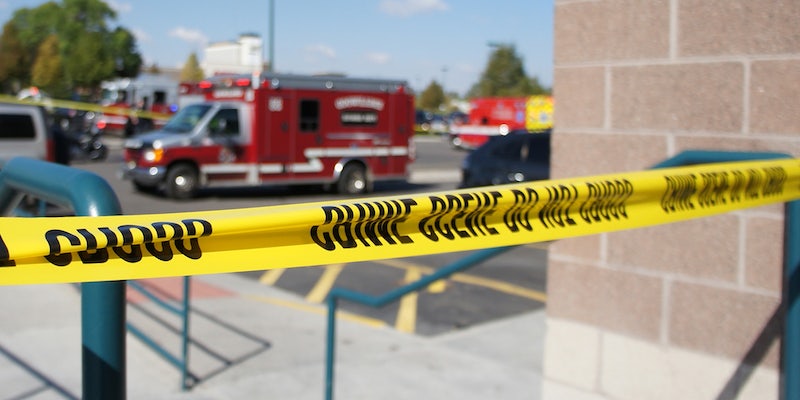 The brutal murder of two teenage women in Florida has laid bare a glaring blindspot in the mainstream media’s coverage.

Last week, the bodies of Angelia Mangum, 19, and Tjhisha Ball, 18, were found by the side of a road in Jacksonville. According to local news station WFTS Tampa Bay, the two women were found lying naked on top of each other and bound with zip ties. Ball’s relatives say the two women were best friends.

Ball’s and Mangum’s killer (or killers) remains at large. With the exception of a handful of media outlets, including WFTS and the Tampa Bay Times, few reported on the women’s murders.

In an impassioned op-ed for Ebony, senior digital editor Jamilah Lemieux speculates that the radio silence is for three reasons: 1) Mangum and Ball were women of color; 2) They both had minor criminal records, which the few news stories about the murders were careful to emphasize; and 3) They both allegedly worked as exotic dancers at a gentlemen’s club in Jacksonville.

“What I fear will happen here is a general sentiment among media makers and the public that because these women were sex workers, that their deaths are not cause for outrage and fear,” Lemieux writes. “Someone(s) apparently murdered two women and left their bodies on the side of the road for the world to see. We shouldn’t need for them to have been ‘good girls’—or White girls, or, perhaps good White girls—for this to be cause for national concern.”

To that end, women of color and sex work activists on Twitter are fighting to make sure that the brutal deaths of Mangum and Ball will not be forgotten, with the hashtags #AngeliaMangum and #TjhishaBall. They’re also taking aim at the local media’s emphasis on Mangum and Ball’s careers in the sex industry and criminal history, equating it with blaming the victims:

I need someone to tell me why @abcactionnews needed to include #TjhishaBall‘s or #AngeliaMangum‘s criminal records matter.

#AngeliaMangum & #TjhishaBall were brutally murdered; why is FL media treating these victims like criminals? https://t.co/pe3IIqkiGo

If anyone has information about this case, they should contact the Jacksonville Sheriff’s Office at 904-630-0500 or email [email protected]

Update: There is currently a YouCaring crowdsourcing campaign to help cover the costs of Mangum and Ball’s funeral. The campaign is led by sex work advocacy organization Everyday Whorephobia and @_peech, a former sex worker who has been instrumental in the social media effort to tell the girls’ stories.

“We want to send a message to [Mangum and Ball’s] families that there are a lot of people who care about what happens to these girls,” @_peech told the Daily Dot. “We want to spread the word that it doesnt matter what these girls did for work, they still deserve justice.” As of this writing, the campaign has raised a little more than $1100.

Correction: A previous version of this article stated the women had been found on a road outside Tampa. They were found in Jacksonville.