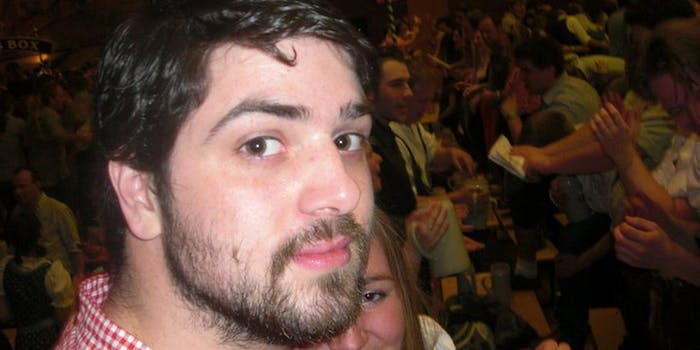 Reddit’s most prolific commenter sounds off: “It’s a dictatorship”

That’s according to andrewsmith1986, a power user who’s been upvoted to a special place in Reddit’s strata, where karma—a form of Internet points on the social news site used to score users’ contributions—rules the roost. Over the past six years, his moderating duties have taken him to the helm of more than 75 subreddits, including defaults r/IAmA, r/funny, and r/pics, and he was the first site user to surpass heavy user karmanaut in karma points and break the 1-million mark.

Yet the man behind the straightforward username—Andrew Smith, a Lafayette, La., native born in 1986—surprisingly shrugged off the Internet fame he has cultivated throughout his half-decade on the “front page” of the Web. And when he was accidentally booted off the site earlier this month, he claims he was ready to leave it behind for good.

“I have a good life,” he told the Daily Dot. “I have awesome roommates, a great girlfriend, tons of friends, and a good job. Reddit is just a website. 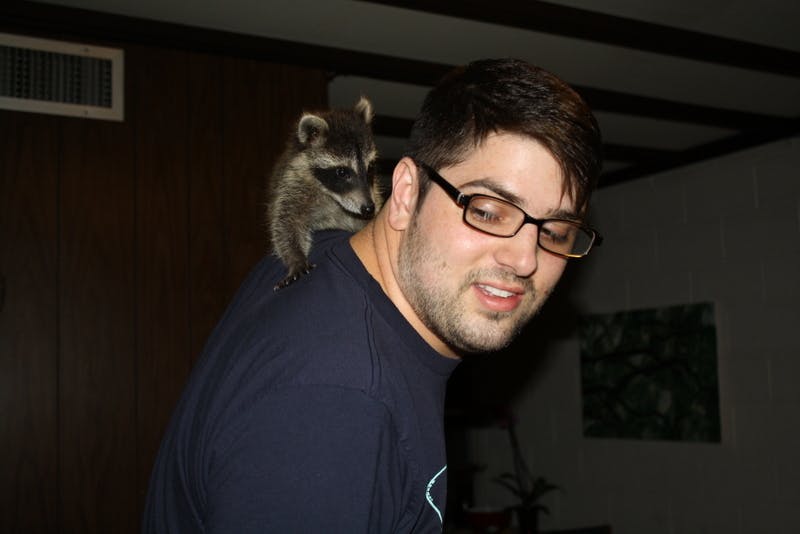 You may have heard of Reddit after President Obama stopped by the site last September, or after a similar visit from your favorite celebrity—or maybe after the site’s most notorious troll was outed and exposed on Gawker and CNN. In fact, if you haven’t heard of Reddit, you’re in the  minority these days: The site, which allows users to control content by voting it up or down in a massive content free-for-all, is one of the most popular in the world, boasting more than 40 million unique visitors and serving up billions of pageviews every month.

And in the pantheon of influential redditors, Smith sits near the top. Reddit works by allowing users to create their own communities, called subreddits, which are oriented around specific topics. The site’s paid staff maintain a pretty laissez-faire management style toward subreddits, and generally leave their management in the control of redditor volunteers like Smith. Some subreddits grow to humongous sizes, and the largest 20 become what Reddit calls “defaults”: Communities that every user subscribes to automatically when they join the site.

Because of those automatic subscriptions, defaults boast gigantic subscriber numbers—reaching into the millions—and as a result their moderators wield huge influence over Reddit and even the Internet as a whole. r/funny, for instance, which Smith moderates along with 20 others, has nearly 3 million subscribers and can send hundreds of thousands of visitors to a site with a single front page link.

Smith’s ascent to the top began slowly. Like many redditors, Smith was a Digg and 4chan refugee who was looking for a stronger sense of community online. While he has an impressive history with Reddit, he didn’t begin commenting until “much, much later,” pointing out a thread that compared different brands of toilet paper as the home of his first “big comment.”

I had this argument between my gf, some friends and I. apparently they are all crumpling idiots. I feel people that crumple are sick and twisted. …

What are you five? Fold like 4 sets before you are finished and put them on your knees or counter like a normal adult. Buy nice textured toilet paper of a decent thickness you slob.

“I became well known because I posted a lot, not because of specific threads or because of the quality of my comments,” he explained. “I posted like 400 or so comments a day in r/askreddit for like eight months.”

There are so many accounts and usernames on Reddit–and so many comments to wade through–it’s hard for anyone to stand out. But Smith’s commenting was so prolific he soon became a kind of Reddit celebrity. Contrary to popular opinion, his face isn’t lit 24 hours a day by the glow of his computer. He works as a geologist and claims he only visits Reddit during his daily 9-to-5 work schedule, rarely accessing the site on evenings or weekends.

Smith’s time at the top gives him a unique perspective on Reddit’s best communities–and how its governance structure is broken. While he has moderated some of the most popular subreddits, going so far as to help orchestrate the rescue of r/IAmA, Smith prefers the site’s smaller communities. He spoke highly of r/randomactsofamazon, a subreddit where people not only vent frustrations and talk about their daily lives, but also display their Amazon wish lists for fellow subscribers who might feel extra generous.

“Not too long after I joined, I had two people send me stuff from my wish list,” he said. “Because that’s just the kind of people they are. Nice people.”

Such small, close-knit communities are a far cry from the default subreddits that dominate Reddit’s front page.

“When people first join Reddit, the first thing I tell them to do is to unsubscribe from the default subreddits,” Smith said. “Find what you like. The site has everything. Local subreddits, fingernail polish subreddits! Reddit is an open place with a wide array of topics and while I disagree with many of the topics, I do believe that they have their own ‘place’ there.”

The problem, according to Smith, is that Reddit’s moderation is not handled as collective governance but as a hierarchy.

“Community members should have a say in what goes on,” he proclaimed. “Major changes should always be put to a vote. But Reddit is not a democracy. It may try to sell itself like it is, especially in the larger communities, but that’s bullshit. It’s a dictatorship.” 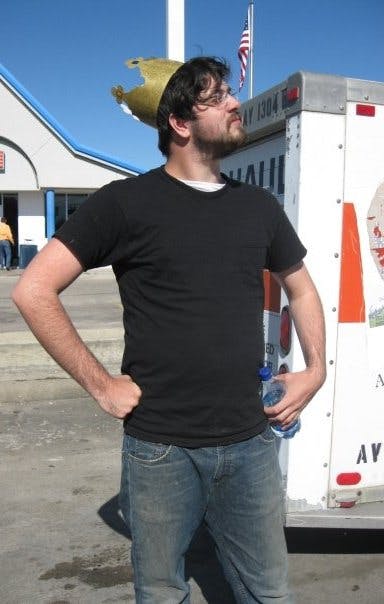 While Smith was quick to applaud a number of great moderators who take their communities seriously, others, he said, view their positions as “status symbols,” pointing to the fact that many default and popular subreddits feature the same moderators. You can’t choose to be a moderator of a subreddit someone else created—you have to be invited. That creates the Reddit version of an old boy’s club, where the insiders and well-connected keep control of the biggest communities—and there’s nothing the rest of the site can do about it.

“It’s like a totem pole,” he said. “When you’re a mod of a subreddit, and you bring on another mod, you’re now above him. You’re on top. So for communities with like 100 mods, the guys on the very bottom have absolutely no say in anything. And if you disagree with the guys at the top, they’ll just remove you. They can do that.”

“Think… Game of Thrones,” he elaborated later. “Only more boring.”

Smith illustrated his point with the story of how he lost his moderator privileges in the r/IAmA subreddit after he spoke out against the moderator’s decision to pull the plug on Overly Attached Girlfriend’s live interview because it broke the subreddit’s rules.

“A mod above me simply said that it wasn’t allowed. There was no discussion about it and it was completely one-sided. I suggested in the comments that we put it to the community for a vote. Gradually, I wound up turning a lot of people against that particular mod. And I got removed for doing this.”

That’s why, when Smith’s account mysteriously disappeared in early December, his contemporaries assumed the worst. It turned out that his account was hacked by an unknown user. After a great deal of internal discussion, the decision was made to restore the account andrewsmith1986 to its rightful owner. The move was unprecedented.

The ordeal made Smith view his history on the site a little differently.

“[My girlfriend] helped me realize that what I was the most concerned with was getting my username back,” he said. “Take away all of my karma, take away my awards, take away my mod duties, I just wanted ‘andrewsmith1986’ back. I have been using that handle since fourth or fifth grade and it is everywhere: my email, my Facebook, everything.”

Even if he lost the username, there’s still r/andrewsadventuretime, a subreddit he started for an ambitious idea he has to take Reddit on the road. Not unlike charitable frequent flier Generique, travel-show host Zach Anner, and railroad adventurer isthisadream,  Smith wants to travel from “town to town” to host Reddit meetups, preferably with the site’s assistance.

“I considered doing a Kickstarter to raise the money,” he said.

That’s an odd goal for a guy with such a complicated relationship with Reddit. But if there’s a lesson to be learned from Smith’s situation, it’s that you have to take the good with the bad and make the most of it.

“Reddit has the best and worst of the Internet all in one place,” he said. “Great in-jokes and really intelligent users on one hand and the same tired old memes and racists/sexists on the other.”

Somewhere between those two extremes, that’s where you’ll find andrewsmith1986, balancing his corner of Reddit through moderation and commenting. At least for now.