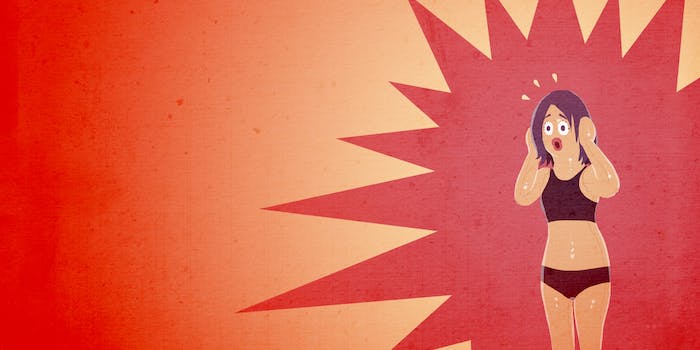 Amsterdam police had their bubble burst when saving the day this past week: Their damsel in distress turned out to be a blow-up sex doll.

On Tuesday, the popo were tipped off by concerned neighbors who saw a lifeless lady in some black lingerie standing at a window. The cops tried getting her attention, but to no avail. When she didn’t answer knocks at the door or the doorbell, law enforcement sprang into action and broke through the apartment’s door. They even brought a defibrillator, which obviously wasn’t very helpful, because she was mad dead and mad plastic.

The police department posted on Facebook about the incident.

It’s unclear where the doll’s human was at the moment of the rescue, but at least their inflatable companion is safe and sound. The police moved the doll away from the window to keep more people from becoming alarmed about the possibility of a hot semi-naked woman in distress.

2016 has been a pretty solid year for blow-up dolls—earlier this year in Indonesia, a sex doll was mistaken for a fallen angel—so they should have a lot to talk about at their annual convention.