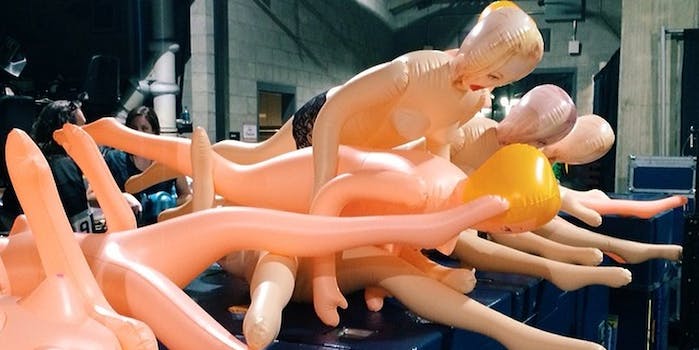 No matter what religion you believe in, higher beings take many different shapes and forms. But we’re pretty sure this sex doll doesn’t count.

According to local media in Indonesia, a 21-year-old fisherman discovered the doll three days after March 9’s solar eclipse, deemed a major spiritual occasion for many Muslims. Thinking it was an angel that fell from the sky during the celestial event, he took the presumed deity back to his village.

The doll’s true nature was unknown to the villagers, who deflated it and changed its clothes daily. Photos began popping up on social media as word of the religious being spread to neighboring regions.

Eventually, so much hullabaloo had built up over the fallen angel that police went to investigate the situation. The officers were the ones to figure out that the angel was actually a sex toy.

Not that they’re experts or anything.