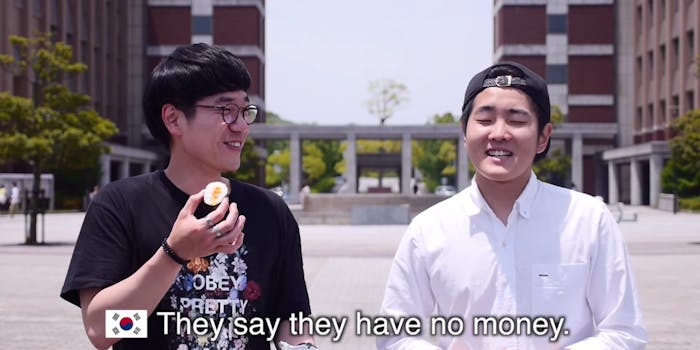 Foreigners get brutally honest about how they see Americans

Bad news, Americans. All the embarrassing old stereotypes about American tourists are alive and well.

It turns out that when you quiz people from around the world about how they identify Americans in public, the results are less than flattering. According to this YouTube video, Americans can be recognized by their loud personalities, public drunkenness, overweight physiques, and love of shapeless clothing.

There were a couple of more flattering descriptions buried under all the veiled insults, but on the whole it doesn’t look like Americans have a great reputation overseas.