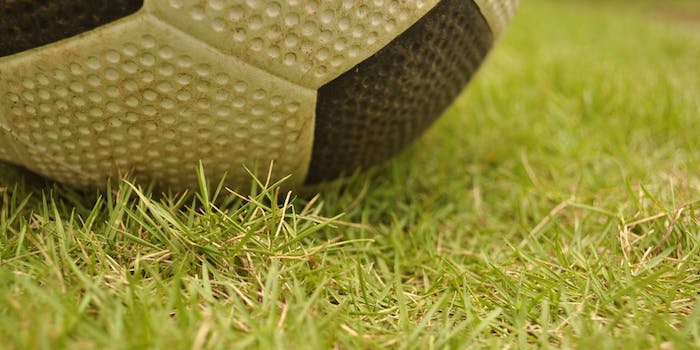 New research suggests the Brits actually invented the term they make fun of Americans for using.

Teams win and lose, but some things will never change: British people have always been critical of Americans for calling the game “soccer.” Or have they? New research suggests it was actually the Brits who invented the term.

In his research, Professor Stefan Szymanski of the University of Michigan analyzed thousands of copies of the London Times, New York Times, and popular magazines to gauge how often these terms were being used on either side of the Atlantic.

He found—far from what football/soccer fans might think—that it was only in the last 30 years that the term “soccer” fell out of fashion in the UK. For the previous 80 years, it’d been a casual word for football. In fact, between 1950 and 1980, the two words were almost interchangeable.

It’s believed the word “soccer” started being used in the late 19th century, in England, at elite universities like Oxford and Cambridge. A sports fan writing to the New York Times in 1905 writes, “As a matter of fact, it was a fad at Oxford and Cambridge to use ‘er’ at the end of many words, such as footer, sporter.” And so “soccer” was born, associated with the language of elite students.

For the next hundred years in Britain, it stayed in vogue—that is until the Americans began using it as their usual word for the same sport. Szymanski also notes that it’s possible that Americans are more embracing of informal ways of talking, and so were easier on the word than Brits.

The change came in 1980 with the rising popularity of the National American Soccer League, which seemed to make “soccer” a more official term for the sport in the States. In the UK, this made “football” the entrenched term for the game.

So why the hatred for Americans breaking away from the herd? Szymanski writes: “Many seek to associate American use of the word with alleged American imperialism and cultural hegemony”—an allegation many Americans would no doubt dispute. It’s probably more reasonable that in a game that pits two countries against each other, having different words only serves to deepen the rivalry.

All other English-speaking countries use the word “football,” and in most foreign languages, the roots of their word for football is pretty clear: In French it’s “le football,” Spanish, “fútbol.” In Chinese, “zuqiu” literally means “foot ball.”

Yet some countries have borrowed the “soccer” pronunciation: Japan uses “sakka,” and in Afrikaans, it’s “sokker.”

As nations face off in the 2014 World Cup, it can be surprising how little history we know about the game we’re watching and playing.