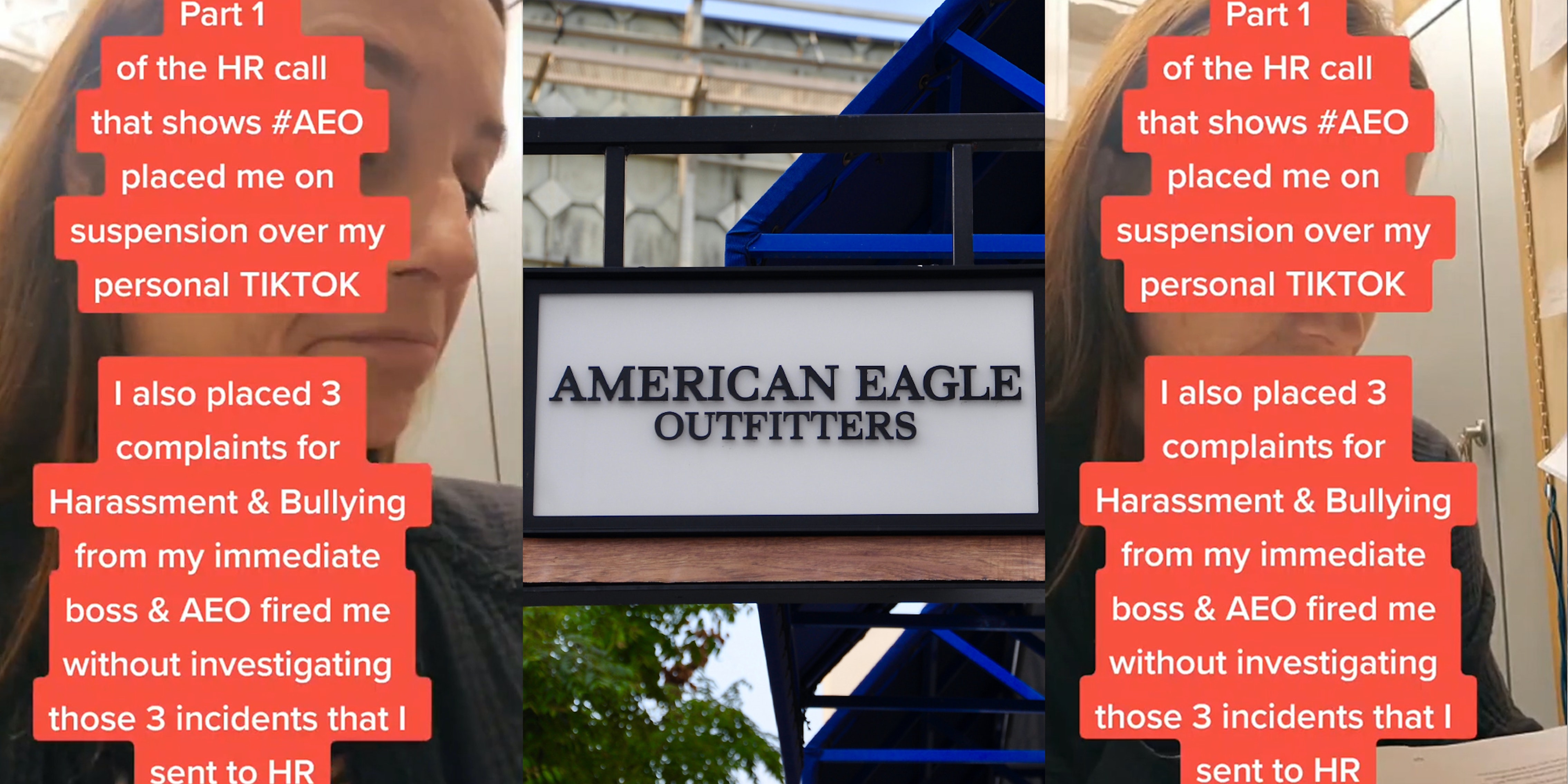 'I don't know what female needs to hear this right now.'

A former American Eagle Outfitters (AEO) employee claims in a viral TikTok that she was fired over her personal TikTok.

In a series of videos posted last week, TikToker TrippyhippyRed (@nunyabusiness9909), who has more than 14,000 followers, details how she was suspended and then terminated for allegedly violating the company’s “workplace culture policy” with her personal TikTok account.

In one video that has more than 100,000 views, she posts a call with HR where they discuss that policy, and in a follow-up TikTok says she was eventually terminated because she wouldn’t cooperate with an investigation into her personal TikTok.

“ex aeo employee here and similar stuff happened to me!!” said one commenter.

In a TikTok from Nov. 6, she says she’s a GM and had been working for the company since February, and helped open the location. She posted the TikTok that allegedly led to her suspension, which starts with “I don’t know what female needs to hear this right now,” and ends with her saying, “You put the whore in attention whore.”

Commenters urged her to seek legal counsel for wrongful termination, and she claims that her previous complaints about harassment and bullying from her supervisor were never investigated by HR.

In September, another American Eagle employee claimed she quit when she was “gaslit” over her personal TikToks, after she brought “major concerns” about company culture to HR, including allegations of sexual assault.

We reached out to American Eagle via email, and @nunyabusiness9909 via TikTok comment.