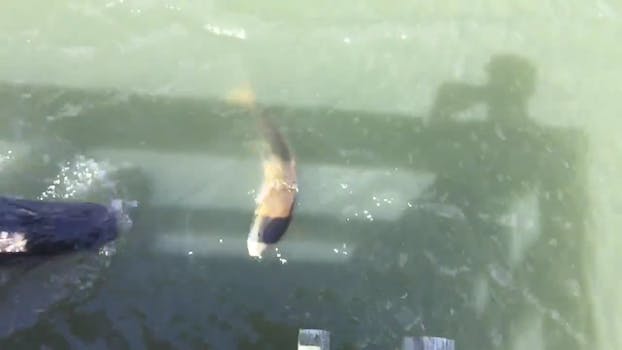 Watch the struggle of the boy in the video below as he engages in a battle of man vs. big ass fish. Watch the fishing pole bend, watch the unsure boy reel, watch the videographer encourage. Then, watch as a gator casually swims by and wins the battle all by himself.

“The alligator is coming, Connor. It’s coming,” said a man as another dude in the video tries to somehow scare off the reptile by banging on the wooden pier.

The scare tactic doesn’t work. The alligator has won yet again. All that’s left to do is cut the fishing line and try to find another fish that a gator won’t steal for his own amusement.

We’re not sure where or when the video was taken. But this is a lesson that no matter where you are or what you’re doing, alligators are some of the biggest thieves in the entire animal kingdom.