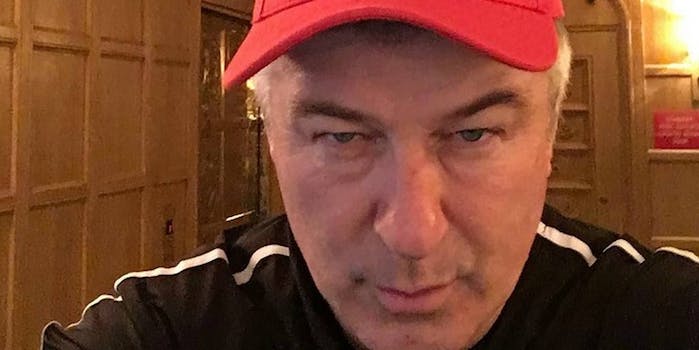 Alec Baldwin’s career in the last four months has been trolling Donald Trump every chance he gets. Much to the annoyance of the president-elect, most of that trolling has come courtesy of Baldwin’s impression of Trump on Saturday Night Live.

But with SNL off until next week and with the Russian hacking of the 2016 election becoming the new year’s biggest news story, Baldwin showcased his comedic flexibility on Friday. He can’t portray him on TV, but he can make fun of Trump on social media.

It should be obvious, we suppose, but that’s a takeoff of Trump’s famous Make America Great Again slogan. But it’s in Russian. Which proves that, once again, Baldwin doesn’t need a stage to keep his place as America’s biggest Trump troll.