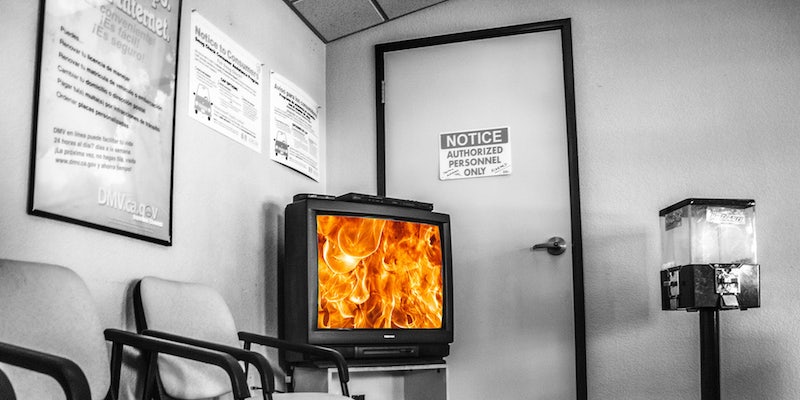 Online TV doesn’t have to die with Aereo

The rumors of Aereo's death have been greatly exaggerated.

If headlines are to be believed, Wednesday’s Supreme Court ruling on whether Aereo can continue to stream broadcast television online was the certain death of Aereo and any other similar service. The ruling was a “sweeping and definitive” defeat of the company, it “pulled the plug” on Aereo and effectively “killed the cord-cutters dream”.

But a deeper dive into the 6-3 decision shows that, far from destroying Aereo and live online streaming as we know it, SCOTUS supplied Aereo and companies like it a pathway to legitimacy, perhaps showing the road to a wireless future of truly online television.

First, a primer: For $8 per month, Aereo subscribers could essentially “rent” a thumbnail-sized antenna (housed by Aereo) which would stream live broadcast television to your device. Based in only a few major U.S. cities, the service survived at all by comparing itself to services that allow customers to rent HDTVs, DVRs, or even satellite receivers. It may capture the signal, but it’s only the customer that chooses to broadcast it. The antennas merely pick up what is already in the air and sends it to specific customers at requested times, meaning it’s not a public transmission.

However, in Wednesday’s decision, the Supreme Court ruled not that Aereo’s business model is illegal—but merely that they should be treated like any other cable provider. A similar issue was met in the 1970’s when paid cable TV services began to transmit broadcasters’ content.  “Aereo’s activities are substantially similar to those of the CATV companies that Congress amended [The Copyright Act of 1976] to reach,” wrote Justice Breyer in the court’s opinion.

Your cable provider (if you have one) pays a fee to broadcasters like CBS in order to transmit CBS’s content. If Aereo hopes to survive—”Our work is not done” says CEO Chet Kanojia—they merely need to work out a deal with broadcasters similar to those held by cable providers like Comcast or Verizon. This decision isn’t a death knell. It’s a new beginning.

While certainly more problematic than it sounds, it’s not impossible. Broadcasters are mainly wary of their content reaching the Internet because, in all current forms, they would not get paid for supplying said content. CBS, especially, is rather cautious in this area (notice the minimal selection of CBS programming on sites like Hulu or Netflix), but they may be looking for such an opportunity that Aereo—with its unparalleled infrastructure—could provide.

The most treacherous road for Aereo would be convincing broadcasters to allow them to stream live events. The way Aereo works from a UI perspective is a user can choose individual programs to stream—not just channels. Putting events like the World Cup or Wimbledon on that list will take much more wrangling than, say, a rerun of 2 Broke Girls. Live events are the last bastion of broadcast television, and they aren’t likely to give it up easily.

Even Netflix, for its part, has had to tip-toe around the idea of live-streaming any major events, mostly because CEO Reed Hastings knows not to bite the network hands that fill his servers with content.

It’s also impossible to imagine a scenario where Aereo gains the legal legitimacy to sustain itself and that $8 price tag doesn’t change.  ESPN—the largest media company in the world—charges cable companies $4.69 per customer alone. While most of the broadcast networks hover around $0.50 per customer that still means the cost of an Aereo subcription would only cover provider subscriptions for the company. That still leaves bandwidth, material costs, and all the other things revenue can typically cover.

However, even if Aereo charged $20 per month, that would still be way cheaper than the average cable provider charges. Even if Aereo wanted to charge competitively, they’d struggle to match the average monthly cable bill in the US, which is currently a nose-bleedingly high $78.

Just as well, Aereo could make significant changes to their infrastructure. Currently, Aereo assigns one HD antenna to each subscriber. That’s insane. It’d be like Netflix devoting one server to a customer. Most of this workaround method relied on allowing themselves to be defined differently than a cable provider. Since SCOTUS threw that out, it’s time to clean house and streamline. Bulk-streaming technology would be an even more difficult task, however, as Aereo’s chief fundraiser just backed out from the company.

The dream of live TV on the Internet was not born with Aereo and will not die with it. What SCOTUS has shown is an entity that wishes to broadcast TV online is just another cable company, and that’s a good thing. The more typical the law sees innovative technology, the more it can achieve widespread acceptance. You can already stream some programs through Comcast’s Xfinity services, and the growing uproar over the major cable provider’s view of net neutrality is actually urging more competition, whether it be brought by Google Fiber or someone else. Plus, why would TV networks kick a new customer out the door?

So while keeping Aereo afloat may be difficult, it does not mean it is impossible. And for once in their term, the Supreme Court has actually made the innovation necessary a lot easier.