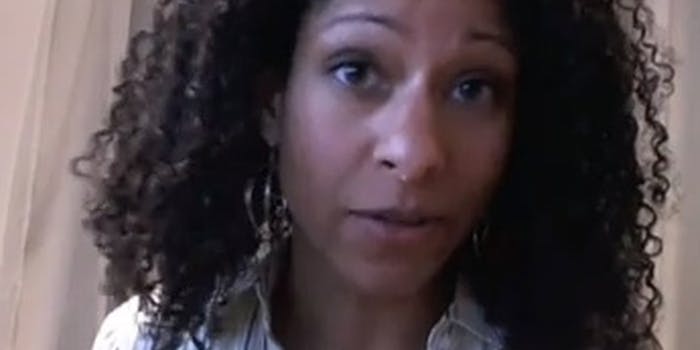 Inside 4chan’s plot to get Adria Richards fired

Mid-#donglegate, 4chan launched a DDoS attack on Adria Richards's company, SendGrid, to try to get her fired. She lost her job. Here's what happened.

With the #donglegate saga erupting, it may come as little surprise that 4chan‘s anarchic /b/ forum got involved.

At this weekend’s programming conference PyCon, developer evangelist Adria Richards overheard a sexual joke about “big dongles” and tweeted a photo of the laughing attendees behind her. She forwarded the image to PyCon staff along with a link to the event’s code of conduct. 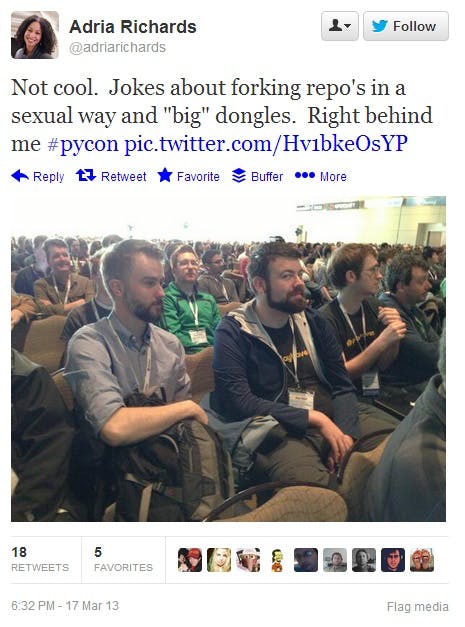 The men weren’t kicked out, but that image led to one man, an employee with mobile game monetization company PlayHaven, losing his job. The backlash over his firing grew disturbingly misogynist and violent. Days later, Richards was publicly axed by her own employer, email provider SendGrid.

You can read more about the incident and the fallout here and here.

The debate soon hit /b/, the Web community that, most recently, filled Twitter with bogus rumors of a Justin Bieber rape scandal.

Users locked Richards, PlayHaven, and SendGrid in their sights. Many urged others to sign a petition calling for Richards’s firing, and seemed to delight when SendGrid suffered from outages in the face of an apparent DDoS attack. The thread’s goal: to ruin Richards’s life.

We capped it all here. Click images to expand.

Others seemed to celebrate as SendGrid was hit by performance issues of an apparent DDoS attack. 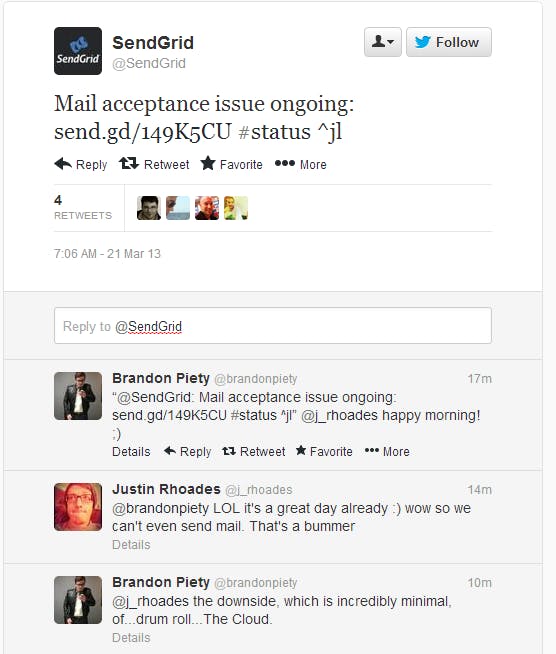 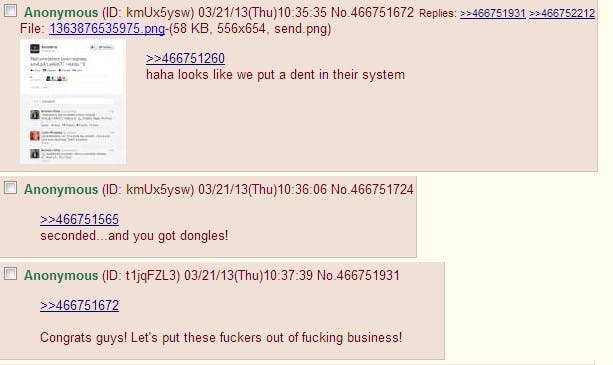 Someone claiming to be Richards posted in the thread too, calling for civility. However, the pledge to only apologize “if and only if everything about me is erased from the internet first” seems off. As someone who works in the technology industry, Richards would surely be aware that it’s damn near impossible to remove anything from the Internet. It’s highly unlikely that this is actually her.