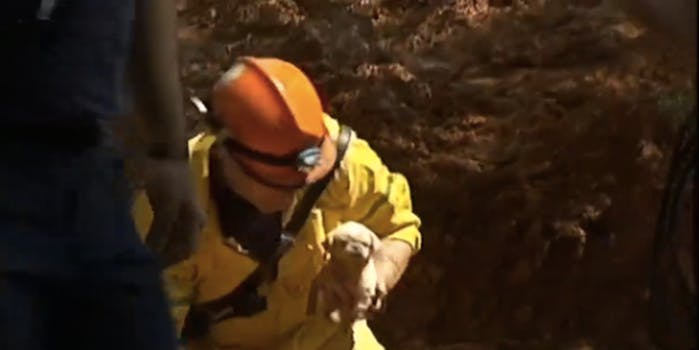 Firefighters and emergency crews had to dig him out of a six-foot-deep hole.

A puppy named Toshi fell into a hole in DeKalb County, Ga., on Tuesday morning, and firefighters and emergency crews had to use heavy equipment to rescue the little guy.

According to WSB Atlanta, he fell into a six-foot-deep hole near an apartment complex and may have gotten stuck in PVC piping.

It sounds like a harrowing ordeal for the young pooch, but we can’t say it was completely for naught: After all, it did result in this swoon-worthy GIF of a firefighter palming a puppy.

For more Toshi rescue footage, check out the WSB video.