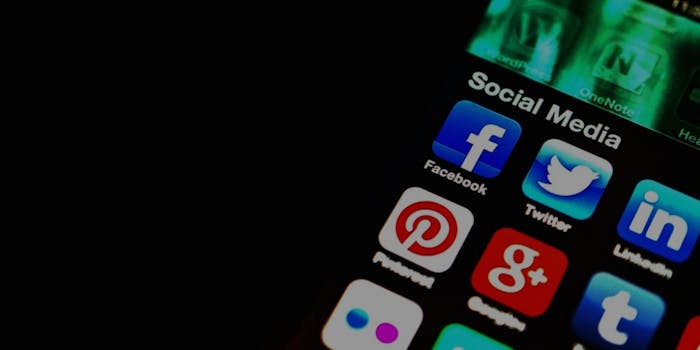 Adam Hoover, a 22-year old LGBT activist and Chipotle employee from Cincinnati, updated his Facebook page at 11:32pm Monday with a cry for help, stating that he’d been kidnapped and was locked in the trunk of his car.

Friends and family immediately began spreading the word, contacting police and keeping track of ongoing developments across social media. They enlisted the help of online celebrities like Tyler Oakley to spread the word and listened in to the Hamilton County Police dispatch, which revealed that they had found the car mentioned in Hoover’s status update abandoned and were subsequently pursuing a blue four-door car with suspect.

At 12:42am, Rachel Manning, a news producer at WLWT Cincinnati, confirmed that Hoover had indeed been found.

According to police, Hoover was discovered near his vehicle on U.S. 50 near the Ohio-Indiana state line roughly two hours after his call for help. Authorities said that he was being treated for hypothermia. A Hamilton County spokesperson confirmed that it was a third party who alerted police to Hoover after see his Facebook post.

The kidnapping suspects were identified as “two or three males, armed with a gun and driving a dark blue sedan,” the spokesperson said.

Hoover's mom says Facebook post was first she knew anything was wrong. Her phone was blowing up after Adam's plea to check on his family.

Ohio is one of four states—including Kentucky, Michigan, and Tennessee—presently embroiled in a U.S. Supreme Court case challenging the constitutionality of gay-marriage bans. Civil-rights advocates argue that the bans violate the 14th Amendment’s Equal Protection Clause.

Recently, Hoover led a fundraising effort to create a memorial for Leelah Alcorn, a 17-year-old transgender girl who ended her own life and published a suicide note on Tumblr. In her letter, Alcorn wrote that her parents didn’t accept her choice and described the difficulties she faced as a transgender person.

#FindAdamHoover continued to trend after Hoover was found on Tuesday morning, and police continue to search for the kidnapping suspects. Neither Hoover nor Marriage Equality Ohio could be immediately reached for comment.

Update 6:25am PT, March 3: Police now say that Hoover faked his kidnapping and is being charged with a misdemeanor offense.

This story and its headline have been updated for clarity.