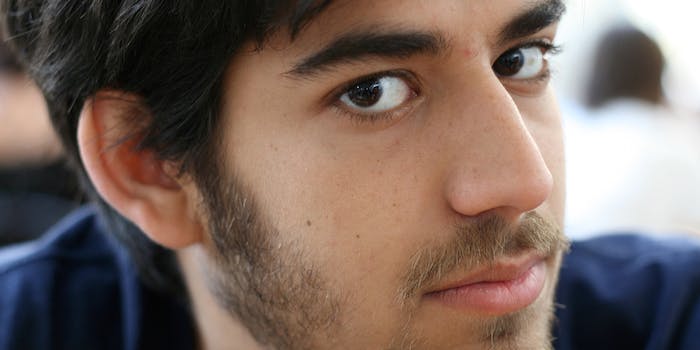 This is the moment where it all went downhill.

A new video of Aaron Swartz at the moment of his 2011 arrest has been released to the public, thanks to a Freedom of Information Act (FOIA) request by Wired journalist Kevin Poulsen.

It’s been over a year since the 26-year-old Web pioneer took his own life. As recent documentary, The Internet’s Own Boy attests, for those who were closest to him, there are many questions still unanswered. With the new video, however, at least some detail about the U.S. government’s case against Swartz is being brought to light.

The video shows Swartz standing at the intake desk at the Cambridge Police Department, where he was initially charged with breaking and entering into an MIT network closet. During the 45-minute video, he’s seen turning over his property and engaging with the booking officer. When asked what he does for living, Swartz responds, “I study corruption in Congress.”

At one point, the officer tells him: “You seem like a good kid, man.”

For the past year, Poulsen, who worked closely with Swartz on the source anonymity project now known as SecureDrop, has committed himself to unearthing as many facts as possible about the U.S. Secret Service investigation of Swartz. It hasn’t been easy. Poulsen’s initial FOIA request was denied. The government seemingly ignored his attempt at an administrative appeal. Determined as ever, Poulsen finally sued the Department of Homeland Security. In July, a federal judge ordered Swartz’s files be released in accordance with the law.

MIT, reviled by some for providing initial ammunition against Swartz, threw up a roadblock as well, claiming that a FOIA release would identify staff members who participated in the government’s investigation. The university now has the option of reviewing any files and proposing redactions before they’re released to Poulsen.

Last December, Poulsen released a separate video that showed Swartz inside of the MIT network closet, presumably in the process of downloading thousands of JSTOR articles, the very act that led to felony charges against him and a potential 35-year prison sentence.