While the poll-rigging pranksters from 4chan’s imageboard /b/ failed at having whistleblower Edward Snowden win Time’s Person of the Year, they had their way with Know Your Meme’s Favorite Meme of 2013 vote.

Using automated voting programs called scripts, /b/ successfully spelled the phrase “BTARD” with the first letters of each candidate’s name. “/B/tard,” as defined by 4chan founder Christopher “moot” Poole during a federal testimony against the Sarah Palin hacker, is “a term users of the /b/ random board use for themselves.” 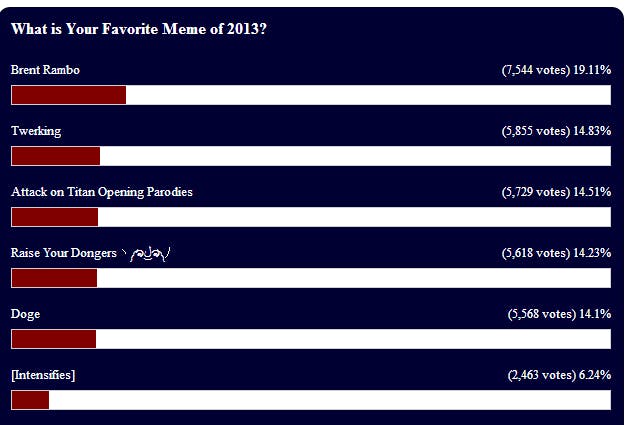 Sitting atop Know Your Meme’s poll was Brent Rambo, a child model from a 1990s commercial for Apple’s desktop products. The video, for the Macintosh and Apple II, shows Rambo turning away from the computer give the camera a thumbs-up. Twenty-some years later, the GIF went viral.

/B/ began rigging Know Your Meme’s poll late Monday night before it closed at 11:59pm. The following scripts were shared in two different threads: 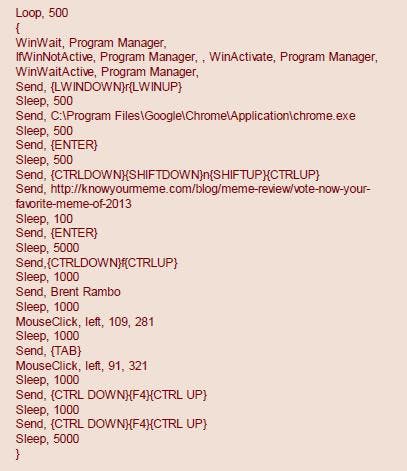 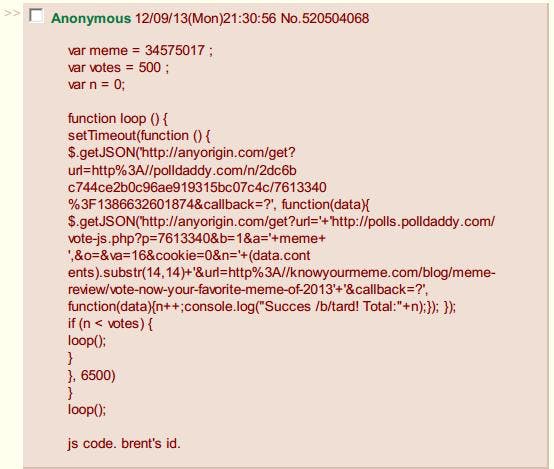 Much of this coding resembles scripts /b/ used last year to rig Time’s Person of the Year poll. That poll and Know Your Meme’s were both powered by Polldaddy. /b/ was not only successful in helping North Korean leader Kim Jong-un top the poll, it also spelled “KJU GAS CHAMBERS” by voting candidates such as Secretary of State Hillary Clinton to the top. 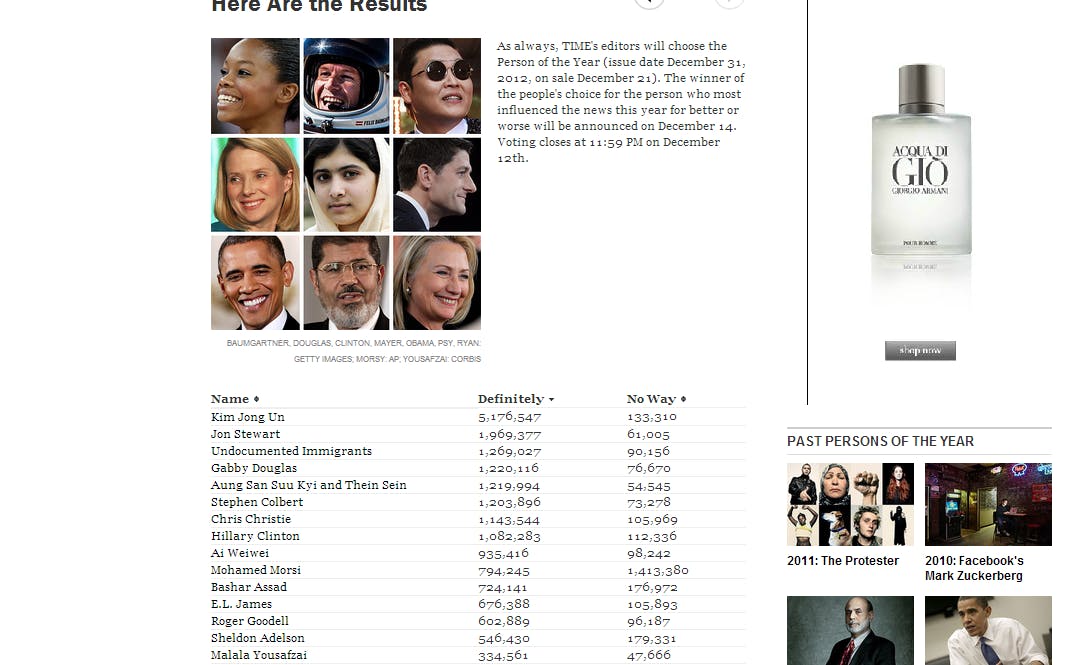 While the phrase indirectly references the barbaric conditions at North Korea’s prisons, “KJU GAS CHAMBERS” was just supposed to be funny and not related to the penal labor colonies.

In 2009, 4chan pulled off a similar prank when users voted Poole as Time’s Most Influential Person. The 4chan users also spelled out “marblecake also the game,” a reference to “the name of the IRC channel used during Project Chanology raids [on Scientologist websites], by arranging the first 21 nominees’ names in a particular order,” KnowYourMeme reported.

“[Poptip] were IP banning every user capable of spamming the poll, including me,” Gains told me. “They also changed the [poll’s] URL to http://www.poptip.com/_/poy/vote to http://www.poptip.com/_/poy/v0te in an attempt to stop us for a bit, and they also added Facebook authentication tokens in the voting process, which eliminates the possibility of voting for users on their behalf.”