It was a gift from his 83-year-old grandmother, and it didn't end well.

A fine wine may get better with age, but cheese does not—especially if that cheese is part of a cheap boxed macaroni meal from 1974.

Redditor cerealport was given a box of Kraft macaroni and cheese by his wife’s 83-year-old grandmother. 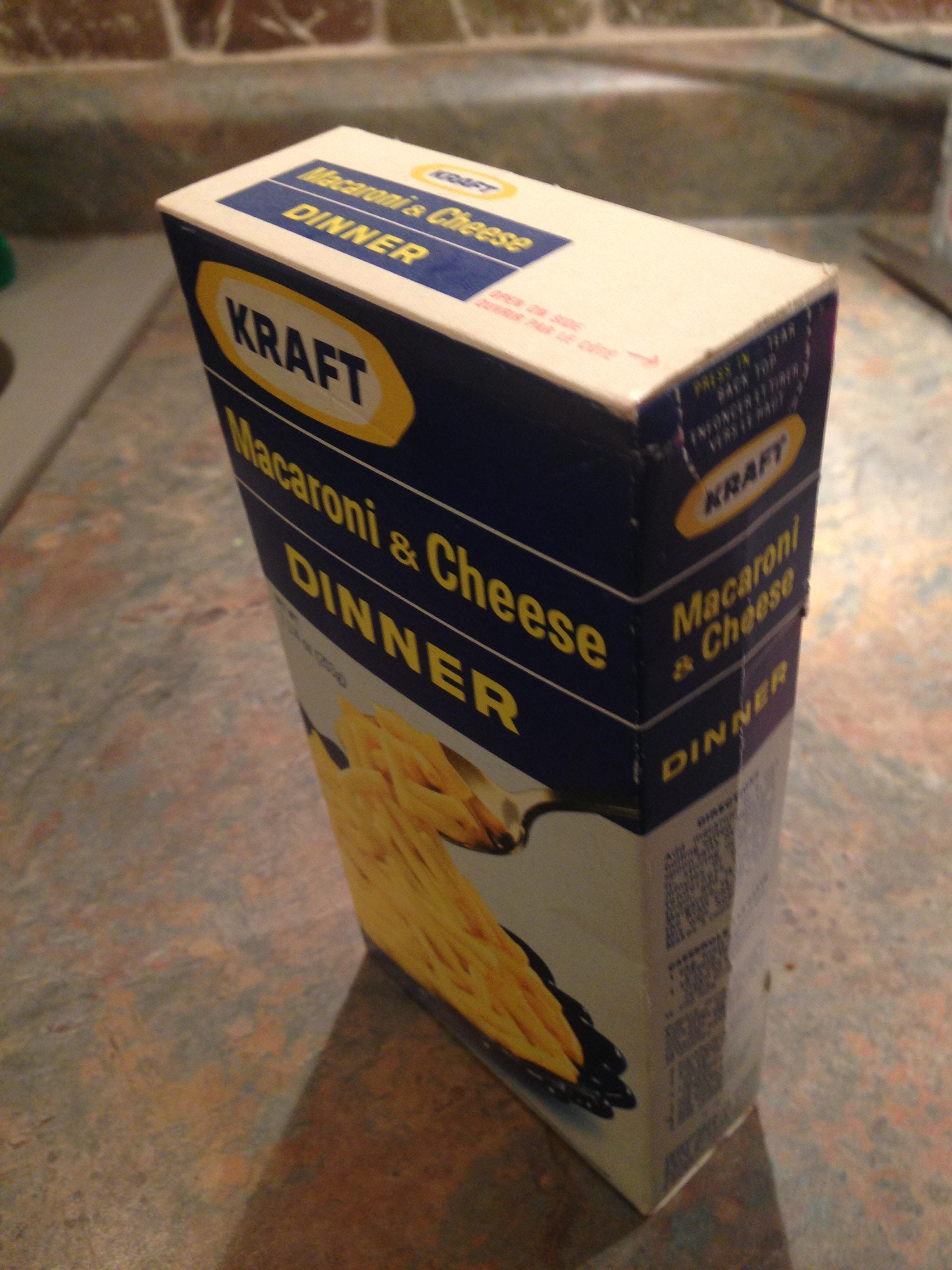 The color scheme and Kraft logo are obvious giveaways that this package was definitely not produced anytime close to 2014. In fact, it rolled into supermarkets 40 years prior. 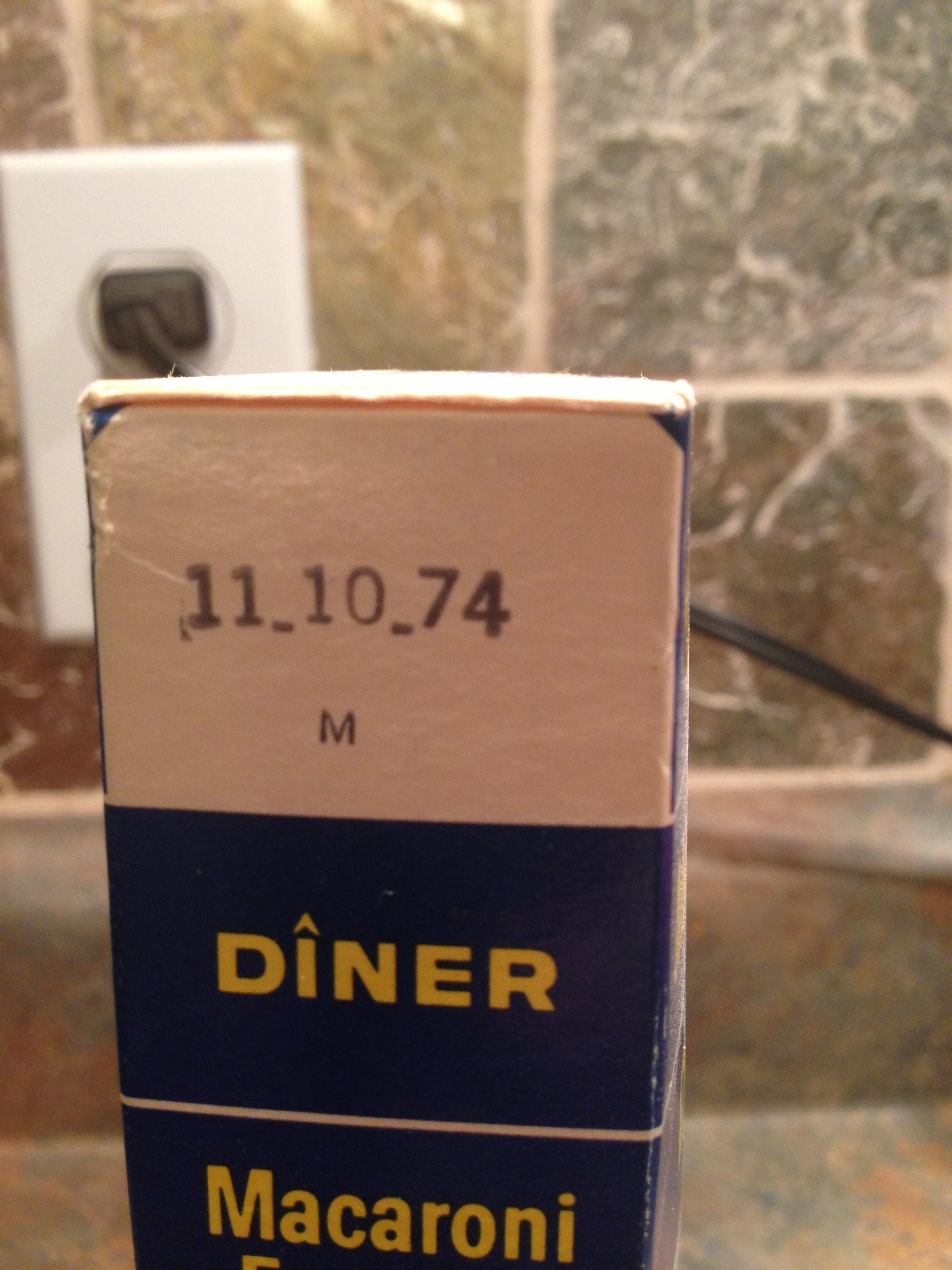 When this particular box of macaroni and cheese was set to expire, Gerald Ford was president. Our beloved Betty White was a mere 52 years old. Everything from the Star Wars saga to Saturday Night Live was yet to be released.

Naturally, cerealport did what any of us would do: He opened it up. And, thankfully, posted the results on the Internet—Reddit, specifically.

In a Dec. 14 post on r/mildlyinteresting, cerealport proudly showed off the ancient delicacy. He started off with a list of the ingredients… 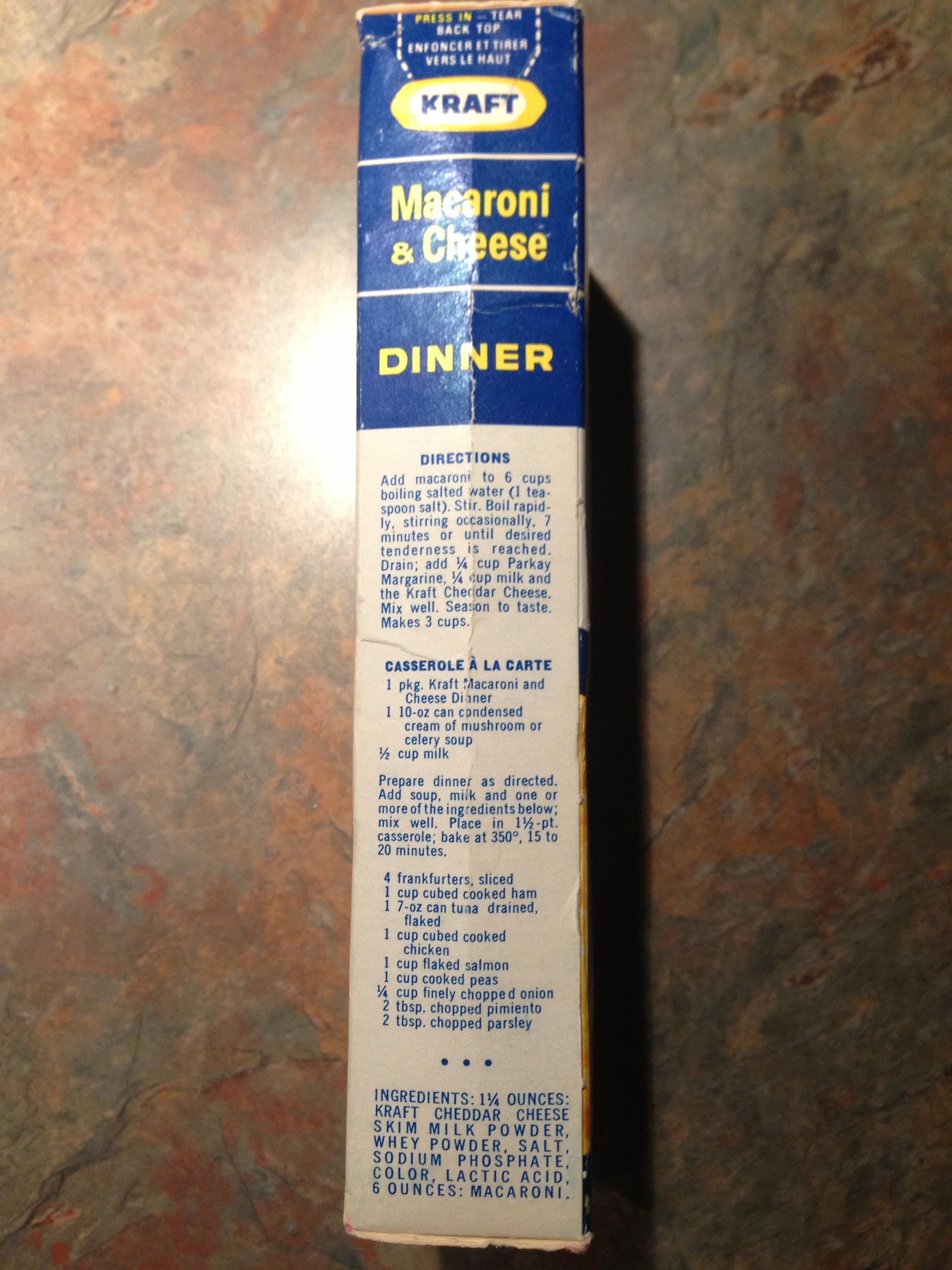 Note that there are no microwave instructions available. According to an article from Gizmodo, in 1974, a microwave would have run you at least $168 (which is close to $500 in today’s currency).

Next, we got to see what the inside of the box looked like… 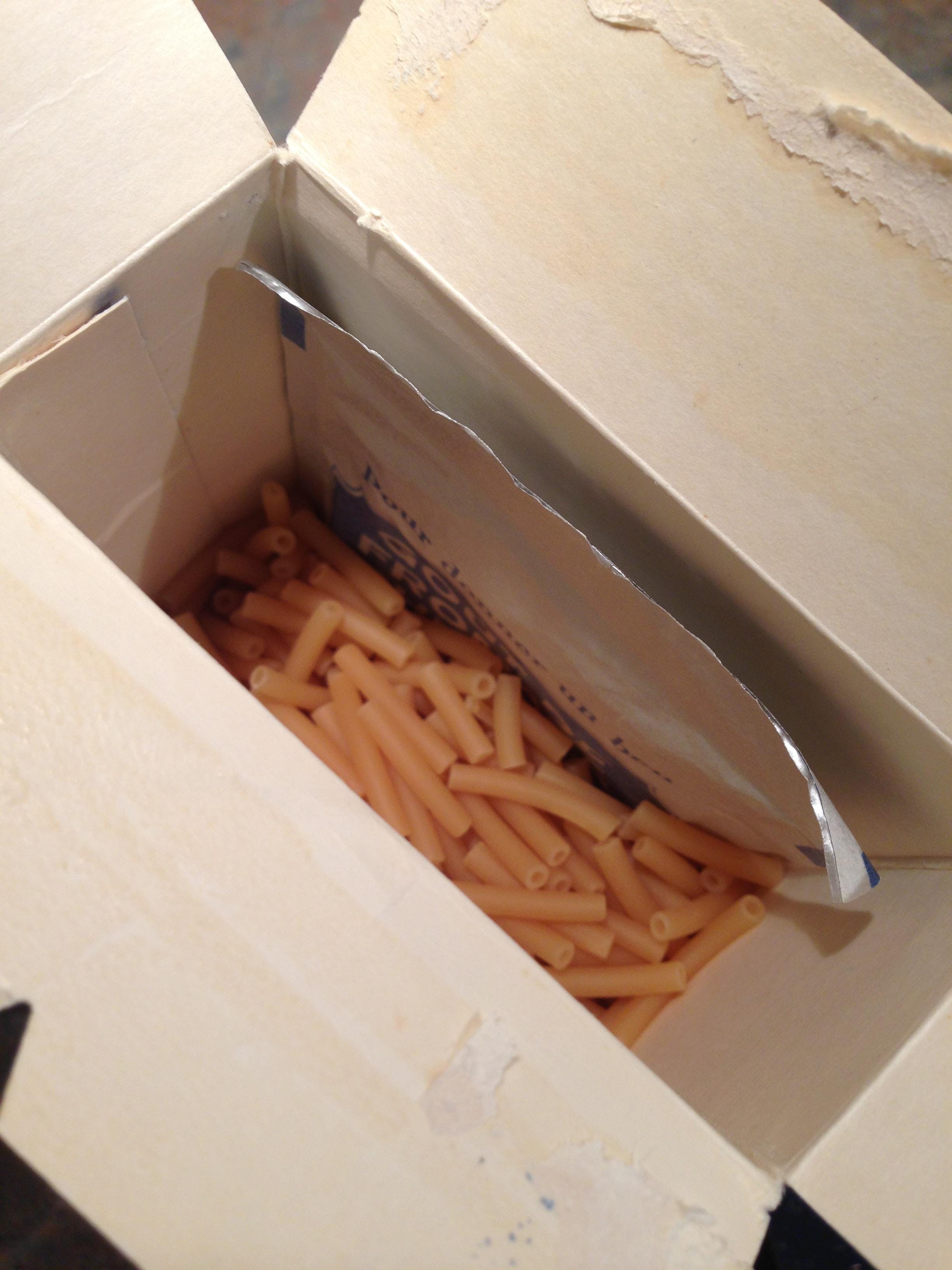 And, of course, the packet of cheese powder. 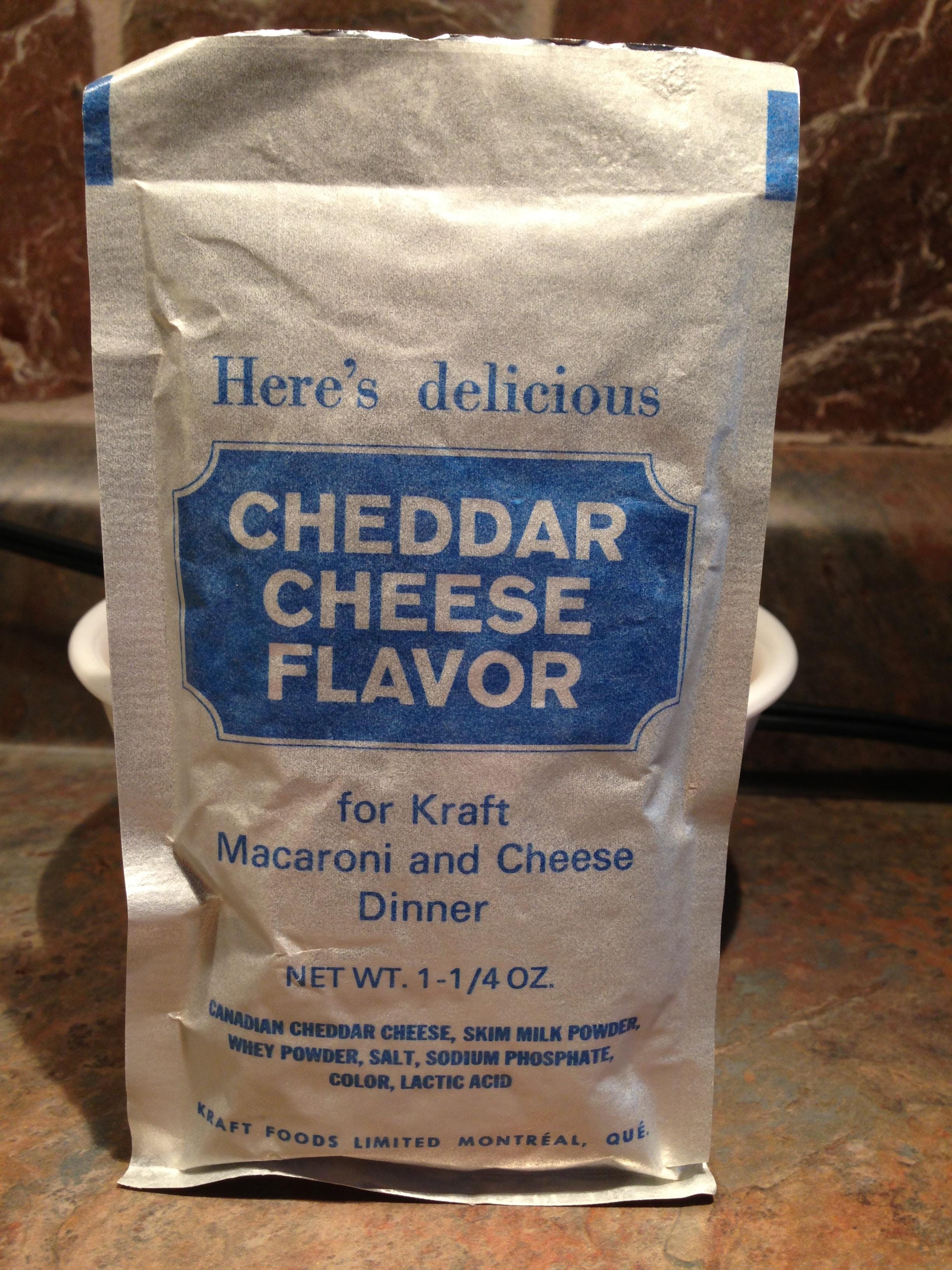 Unfortunately, Reddit could not talk cerealport into actually consuming the meal. According to cerealport,

I however instantly regret opening the cheese packet. It doesn’t smell right away so of course I took a whiff. The smell is like Kraft dinner cheese mixed with sour milk, it is very unpleasant! I am glad I didn’t send it to someone to eat – knowing how that smells I’m sure it doesn’t taste any better!!!

He later added that he couldn’t “imagine how bad the house would smell” if he’d heated up that 1974 cheese powder.

We can’t blame him. That stuff doesn’t look appetizing today, so imagine what it looked like after sitting dormant in a dark cabinet for four decades. 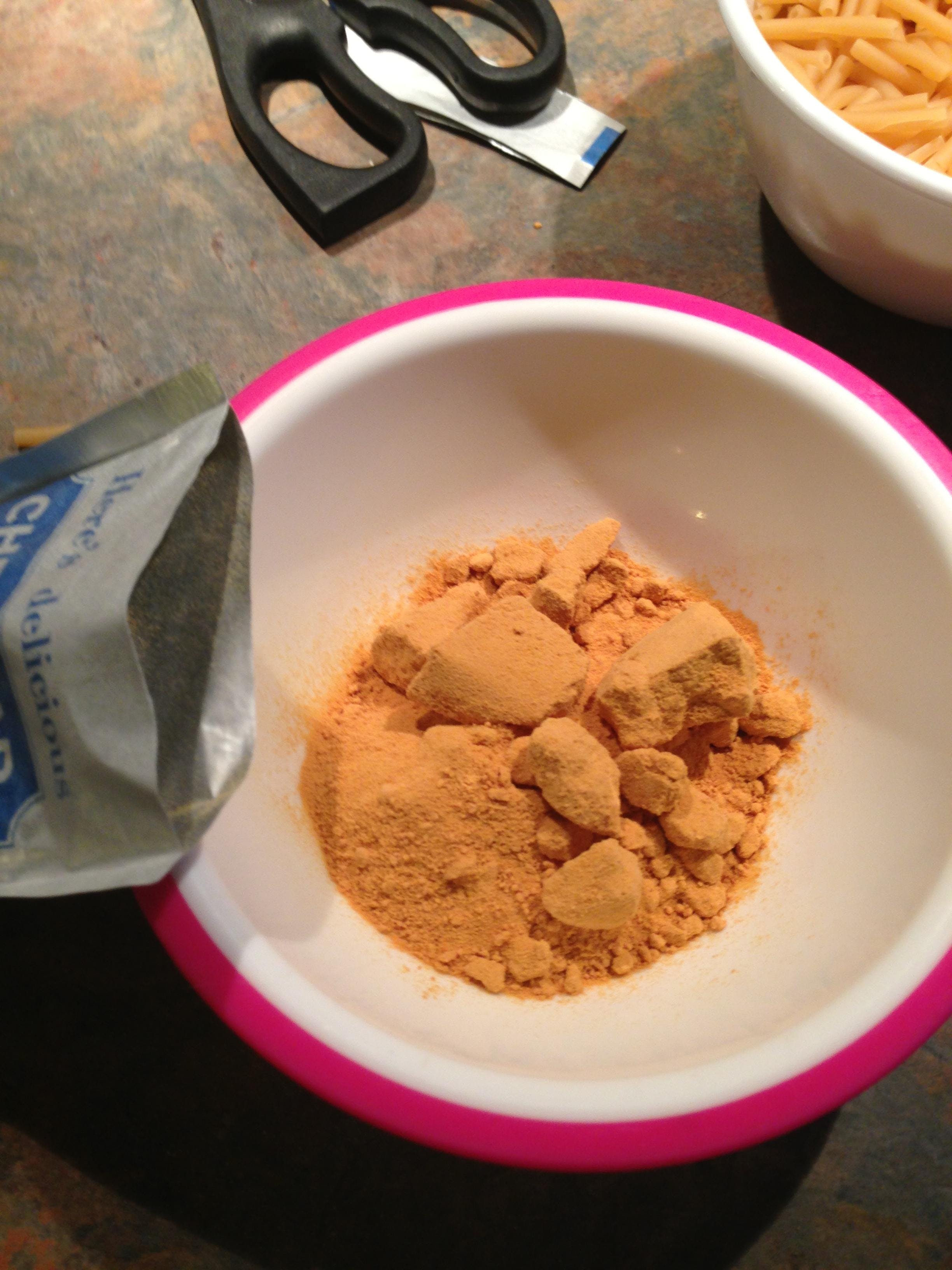 The pasta still looked OK. Not sure if that’s a good thing. 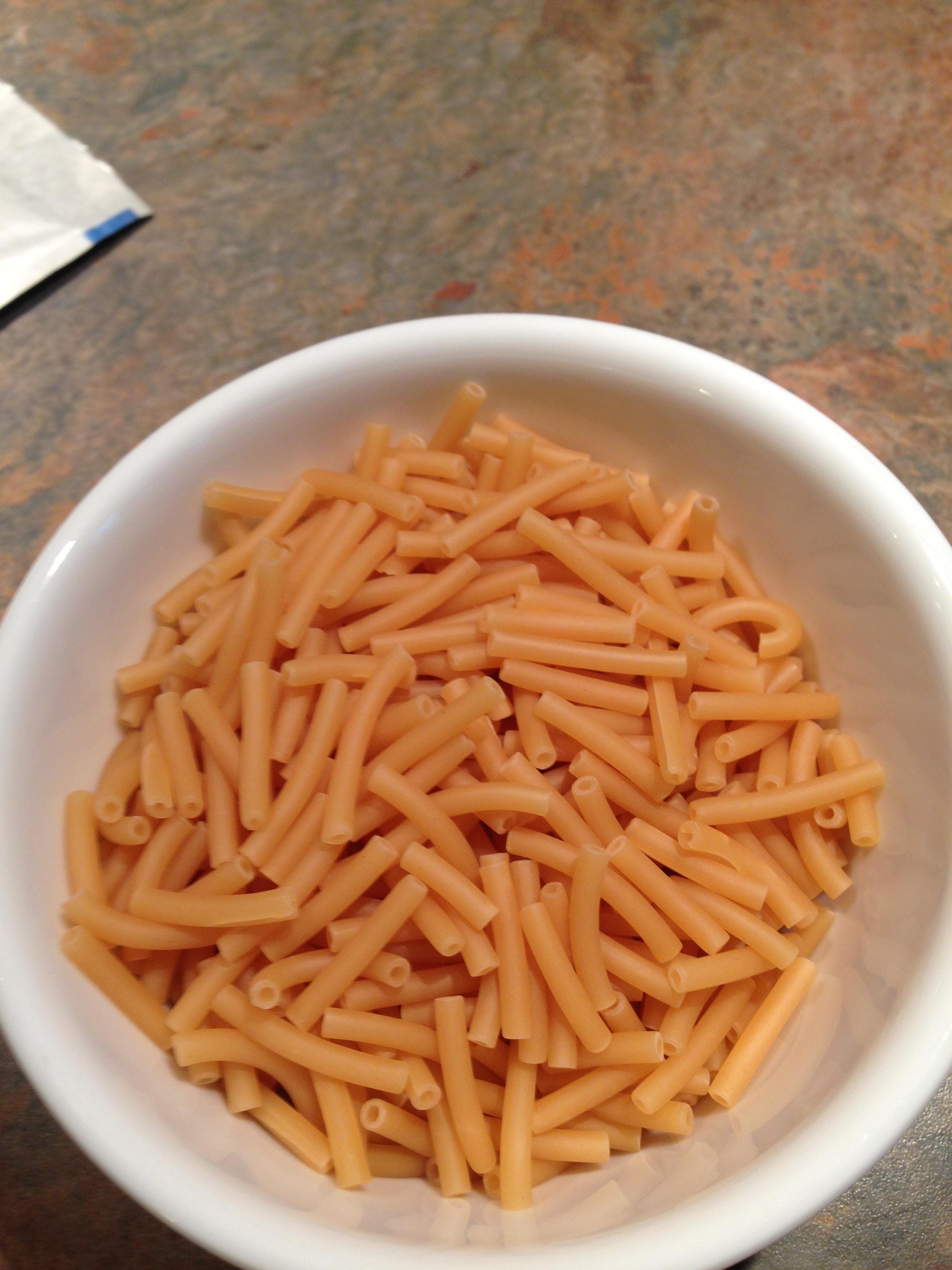 Hopefully, cerealport’s grandmother has a few other gems from her cabinet for Reddit to enjoy.