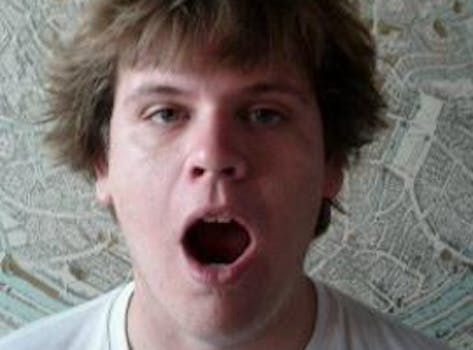 In a week where women in geek culture are getting skewered in all directions, now was probably not the ideal time for a men's mag to release this.

In a week where women in geek culture are getting skewered in all directions, now was probably not the ideal time for Complex to release a segment on the “40 Hottest Women in Tech.” While the article purports to be basing the list of women on their “cunning” and “intelligence,” it’s pretty much just a bunch of women, none older than their forties, ranked by level of physical attractiveness.

Although the author, Luke Winkie, has since tried to qualify the article, insisting that it was all editorial’s fault, the outrage is already flowing long.  And no one is more upset than Winkie’s ex, Katie Stroh, a.k.a. Twitter user @kttykatie, who took one look at the list and got pissed.

How pissed? Read on. Feel the burn. Warning: Some strong language follows. 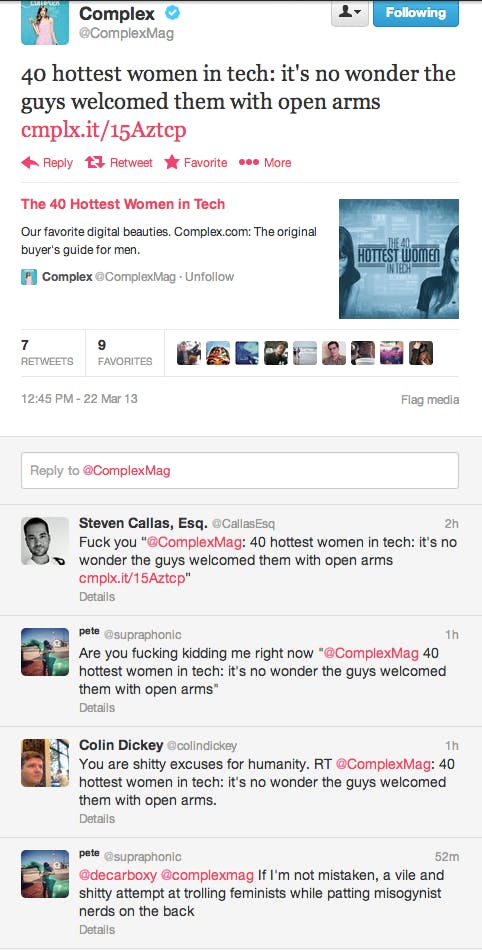