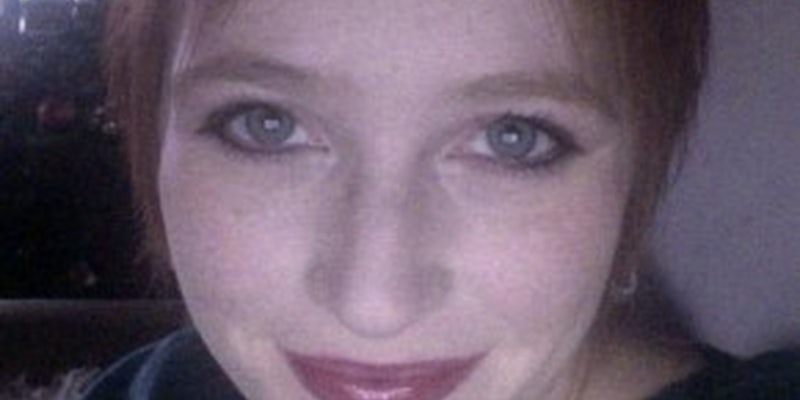 Facebook shocked that a woman runs I F*cking Love Science

Fans of a massively popular science-themed Facebook page find out it's run by a woman, and react inappropriately.

When the owner of the most popular science page on Facebook revealed her identity the other day, the reaction was sadly predictable. “OMG GIRL,” came the crescendo of comments from dumbfounded men (and a few women). It was as if Elise Andrew had infiltrated a 19th century scientific conference and suddenly ripped off a fake mustache in front of the assembled muttering menfolk. Cue pipes falling from open mouths. Shock! Awe! A woman!

Indeed, the whole scenario provides a fine case study in the pervasiveness of gender stereotypes in the sciences that still persist well into the 21st century.

She got a bump in Twitter followers, but also a flood of unwelcome comments about her gender and physical appearance.

And so on. The whole thread has devolved into either comments discussing Andrew’s gender and looks or comments complaining about those comments. It wasn’t pretty.

Andrew tweeted this in response: 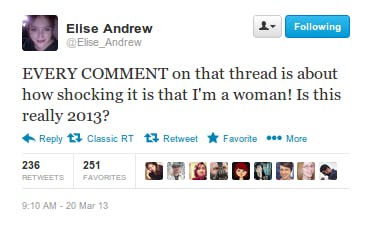 Why does anyone care that Andrew is a woman? What’s far more interesting is the story behind Andrew’s success: How has she turned a simple science page into a Web behemoth and became the Neil DeGrasse Tyson of Facebook? Gender is by far the least interesting part of the I Fucking Love Science story.