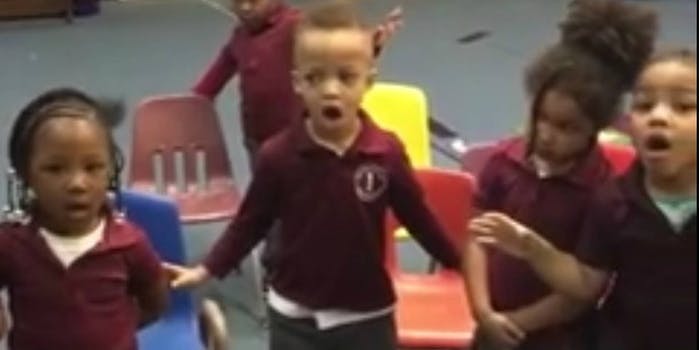 These adorable 4-year-olds did the Mannequin Challenge, and it might be the best one ever

It only took them four tries.

Not everybody needs to participate in the Mannequin Challenge. LeBron James couldn’t stop blinking while doing so this at the White House, and Blac Chyna took time out from actually giving birth in order to take part in the latest viral trend.

And if you’re still in preschool, perhaps its best to wait a few years until you have the physical ability and mental understanding of the stunt to actually pull off a successful attempt.

I’m totally kidding. This attempt by a class full of 4-year-olds might be the best Mannequin Challenge we’ve seen so far. Except perhaps for Blac Chyna.

That comes courtesy of the One Step Ahead Learning Center in East Orange, New Jersey. And it wasn’t easy. As the center’s CEO Marlene Ayers told Buzzfeed, “It took four tries to get them to be as still as they can.”