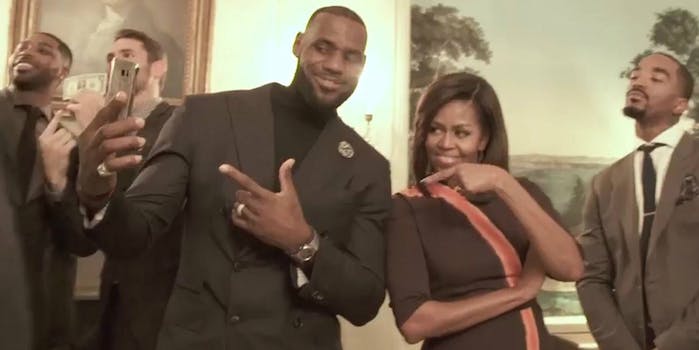 Less than a week after it went viral in an all-encompassing way, the Mannequin Challenge has finally made its way to the White House. And Michelle Obama looked happy to be a full participant.

President Obama welcomed the Cleveland Cavaliers, the 2015-16 NBA champs, to the White House on Thursday for a few hours of celebration. While Obama, we assume, was busy attending to presidential matters, the first lady (and possible 2020 presidential candidate?) took a few seconds out of her day to stand totally still next to LeBron James.

James has been criticized online for blinking during his brief moment on camera. No way around it: James did not put in an elite performance.