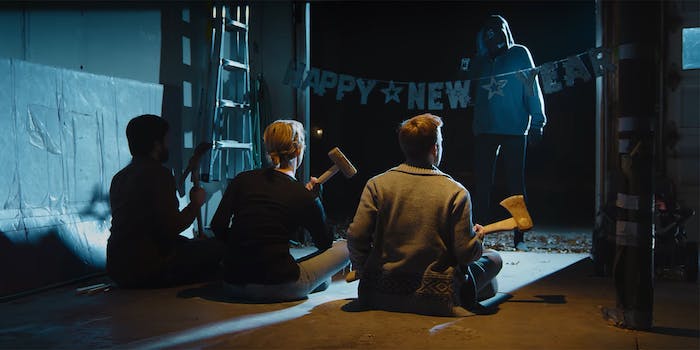 Someone made 2016 the fake horror film trailer it deserved

Things can only get better right?

Bad stuff happens every year. In 2015, we lost Leonard Nimoy, B.B. King, Terry Pratchett, and oh yeah, an earthquake in Nepal killed like 2,000 people, but none of them were famous, so whatevs.

The list could go on and on, but something about this year seems especially upsetting. Maybe it’s that we lost so many people right at the end. George Michael died on Christmas for Pete’s sake, and Carrie Fisher was only two days later. And let’s not even get started on the year’s political climate.

The good people at Friend Dog Studios, have perfectly captured how Americans and perhaps everyone else in the world is feeling by creating a fake movie trailer that reimagines 2016 as a horror film. The truly terrifying thing about this video is that it came out on Dec. 28, meaning they probably didn’t even know Debbie Reynolds would die on that very date, one day after her daughter.

The second scariest thing about this video is that, if 2016 is truly a horror film (and the video makes a pretty strong case for that) then that means we’re building to some sort of massive conclusion.

Have a good New Years Eve everybody.